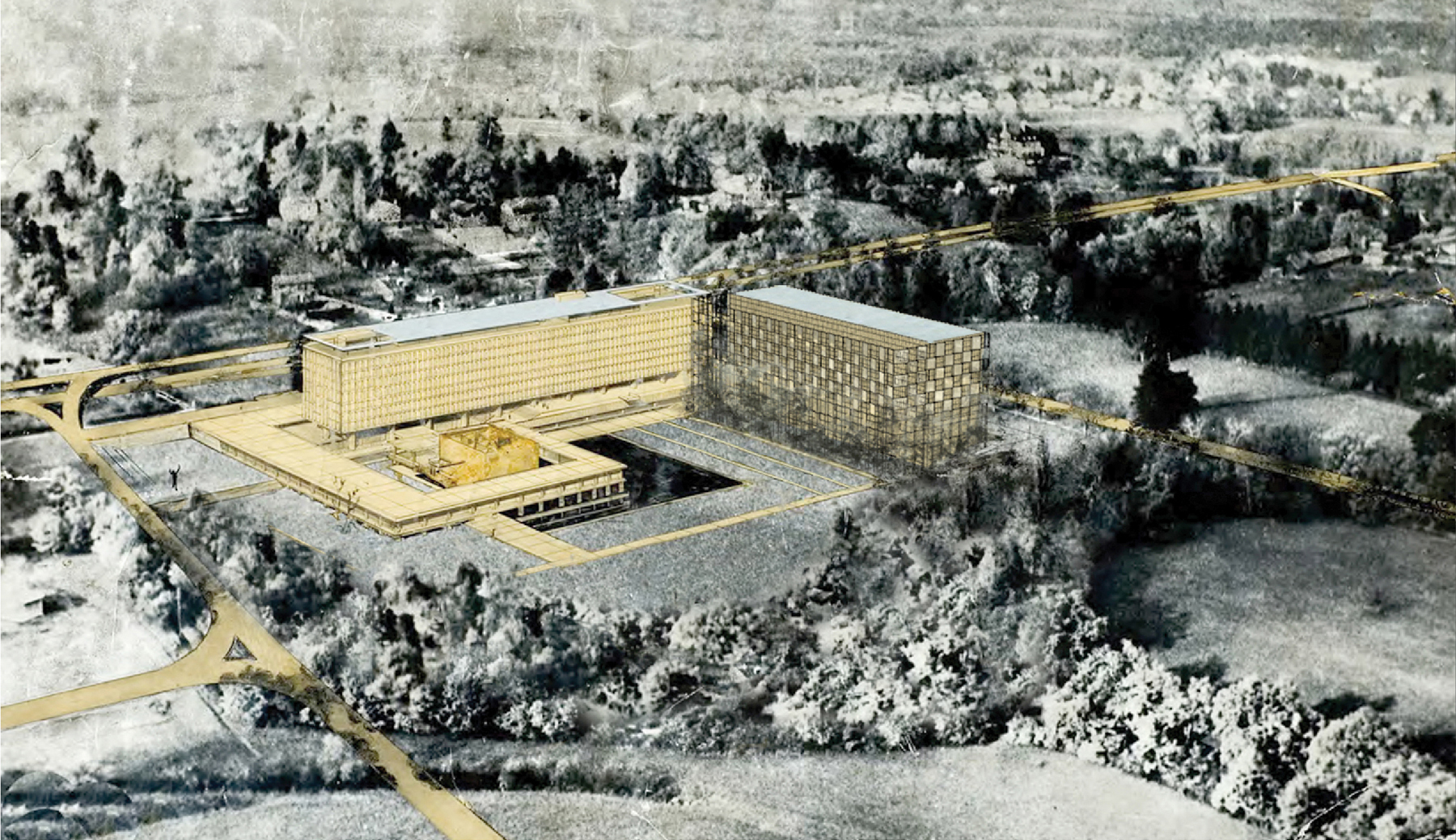 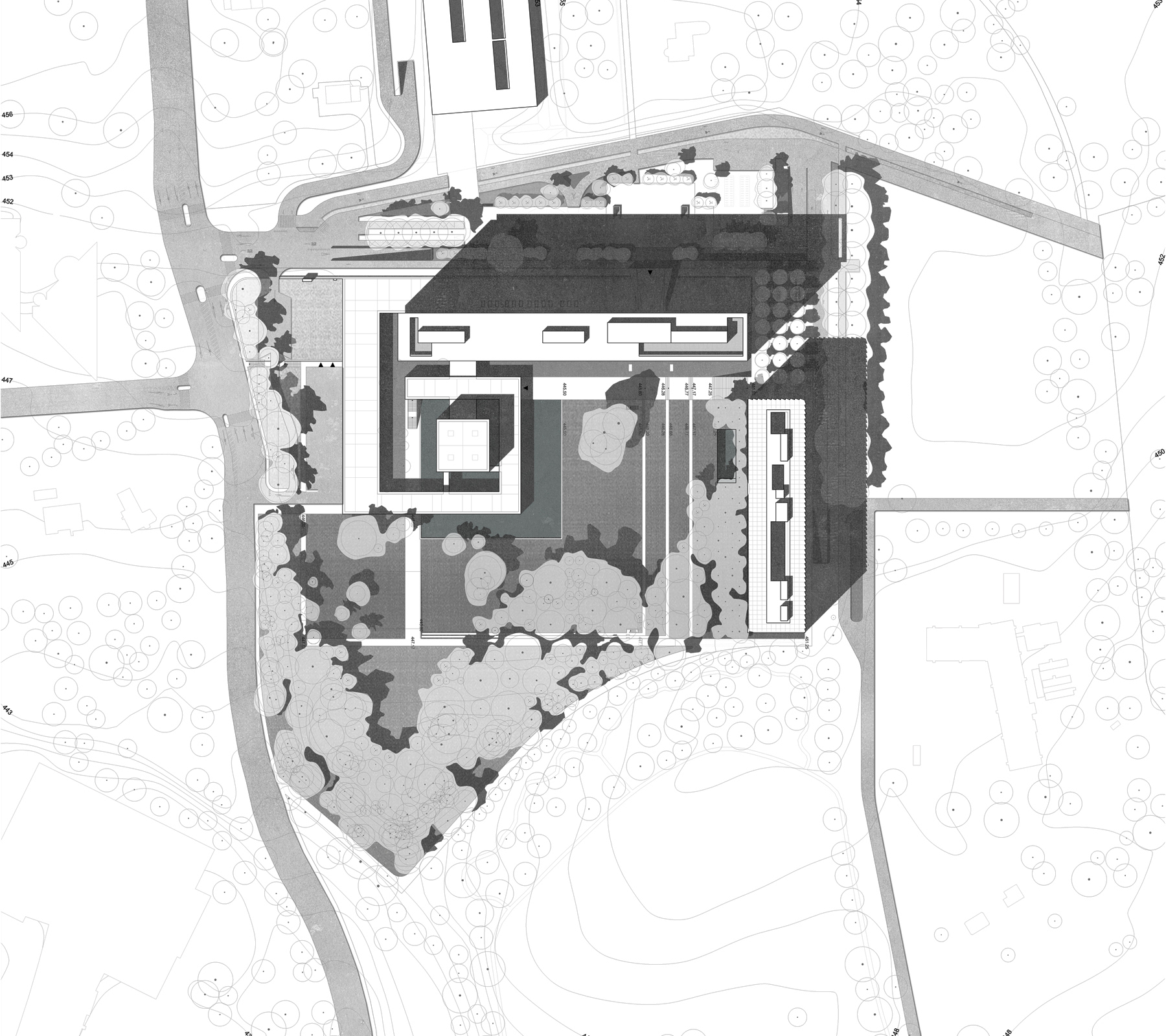 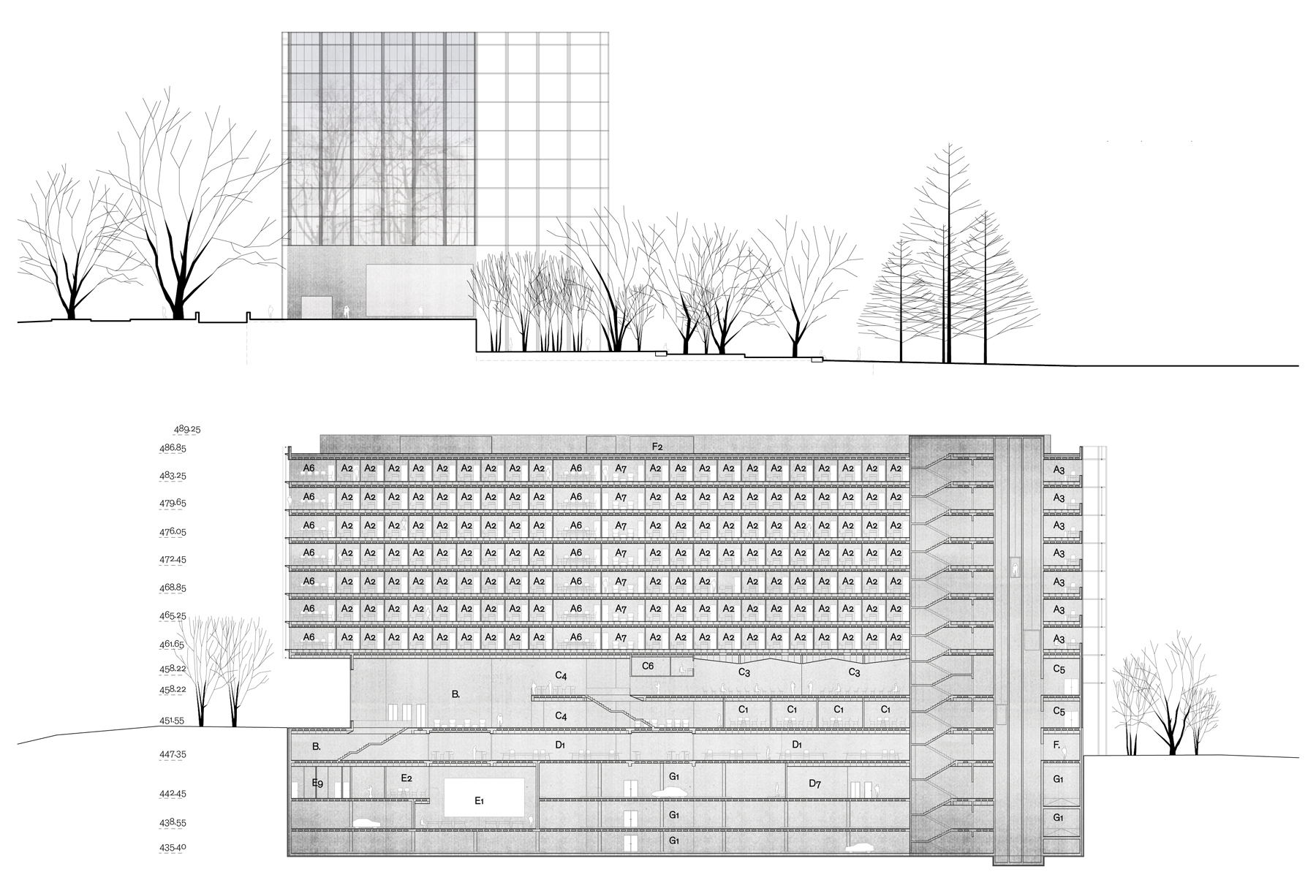 Layer over layer build up the Landscape. The territory is a canvas on which each generation inscribes its tour de force and perspectives of the world that surrounds us. Taking into account the discourse of the previous generations, landscape comes into being as a palimpsest.

The Walter Brugge’s landscape for the WHO Headquarters combined subtlety with a strong design to organize the space around the Headquarters and the future expansion. As expected, today this territory is no longer subjected to the same exact conditions.

The new landscape proposal accepts the terms on which Brugge settled the landscape in 1965 but adapts them to the new building, and the new programmatic spaces which are now more established than before, such as the parking lots, the surrounding infrastructures, to name a few. At the same time, the project clarifies the pre-existing landscape by removing elements that have lost their meaning or that have been added and have no strong relation to the landscape that bears them.

The WHO’s park will be reorganized within Brugge’s discourse. Paths will reconnect the Japanese garden with the park, and the western parking lots and streets with the eastern side. The gentle slope that connects the new building to the water basin will be set as a soft amphitheater which will become a harder tiered seating place when the slope is south-north oriented. The existing woodland will be reinforced to protect the inside of the park from the outside world and to absorb some of the existing trees. The central space will still be an open ground which can be used for events and performances.

The north-east space, which articulates the new building with the WHO Headquarters, will be a small plaza and an exterior entrance hall for the new building. The plaza and the side-walks along the eastern Appia Avenue will be a hard surface, interrupted to make way for trees.

The exterior courtyard garden complements the bio-climatic systems by reducing the amount of direct light that comes into the lower levels of the building. The grounds of the small birch woods will be covered with lower herbaceous or small shrubs in order to assure the relation of the building’s garden to the sub-canopies of the surrounding park.

The inner patios will assure the entrance of light into the lower levels of the building. The surface of these patios will be covered with mosses and other herbaceous which won’t compete for the same light. The emptiness of the patios will accumulate change: the cycles of the year will act over this surface (whether by presence of water or snow that slowly disappear or by lacking of water which will dry the plants) transforming the ground into a mirror of the seasons.