THE MUSEUM OF THE 20th CENTURY 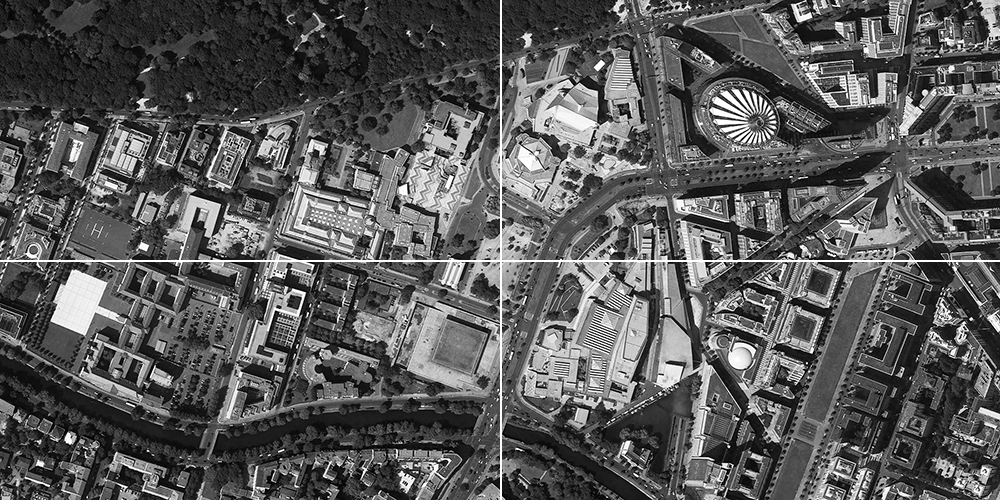 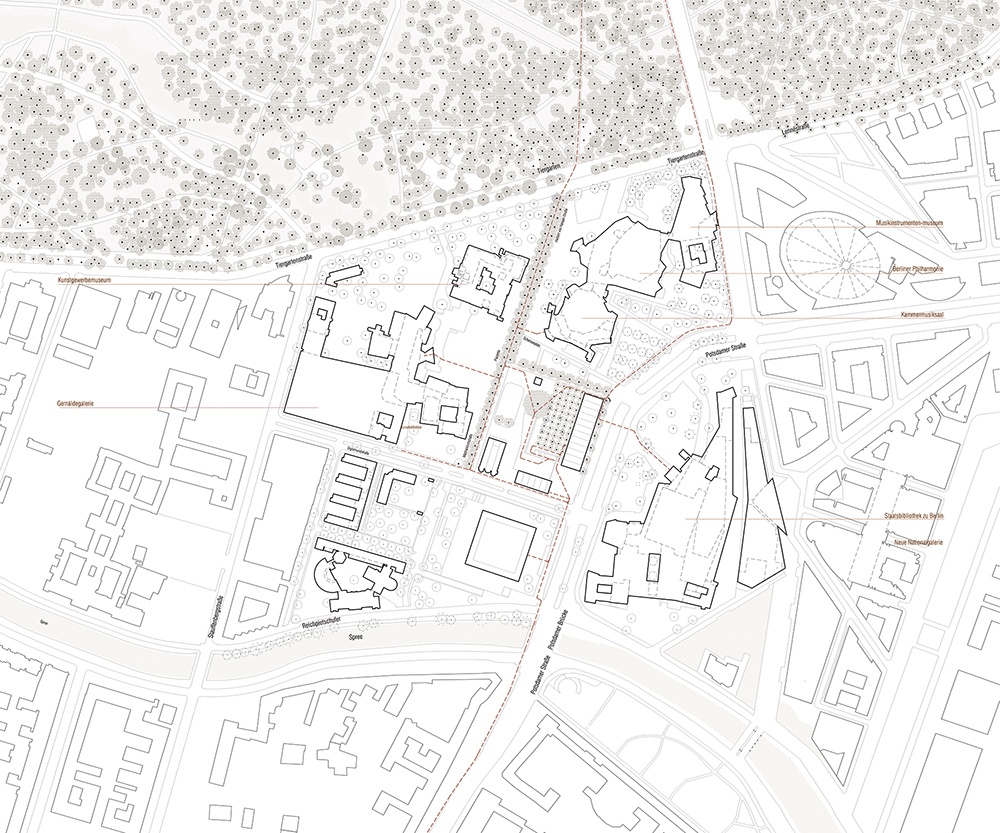 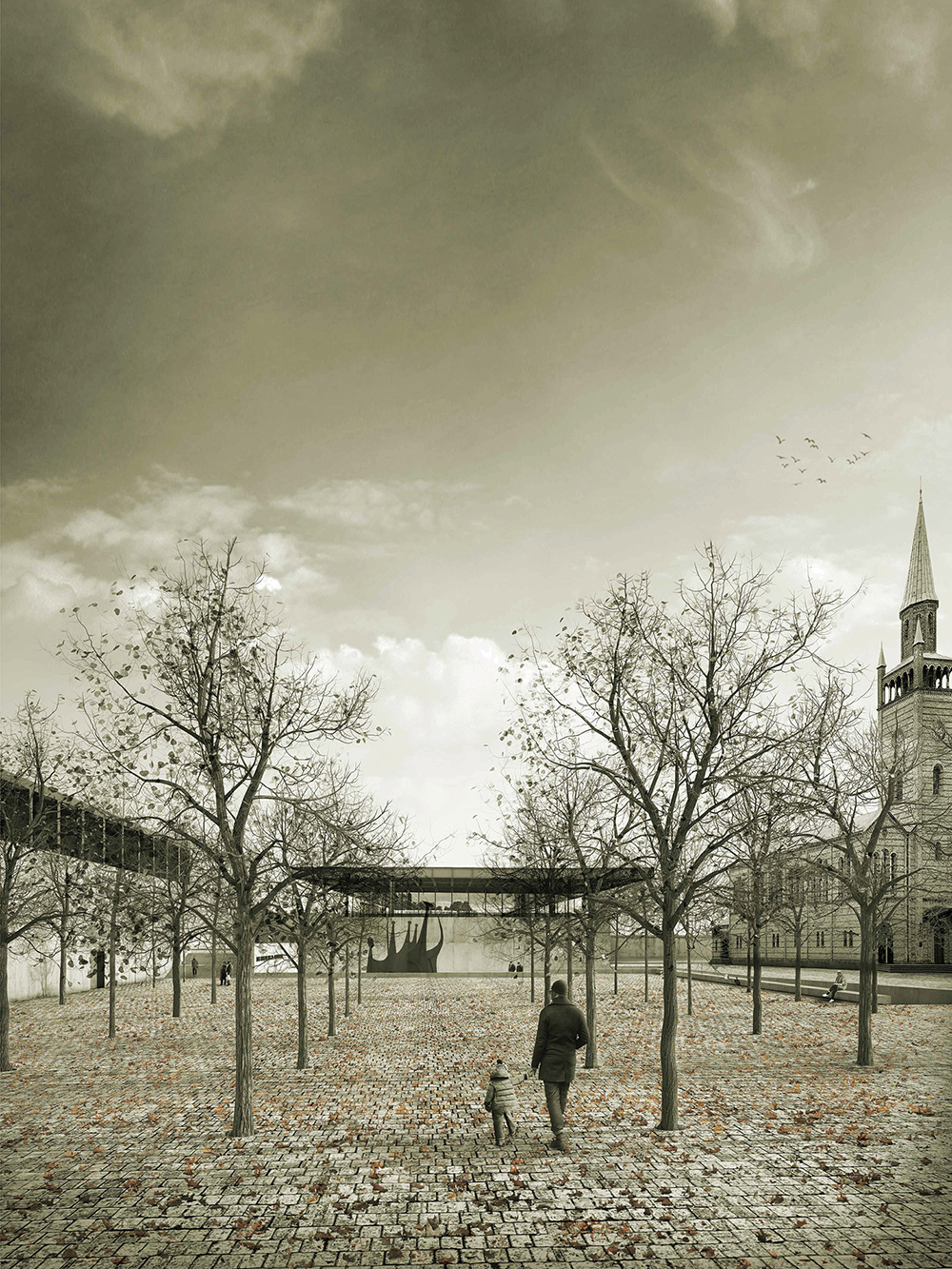 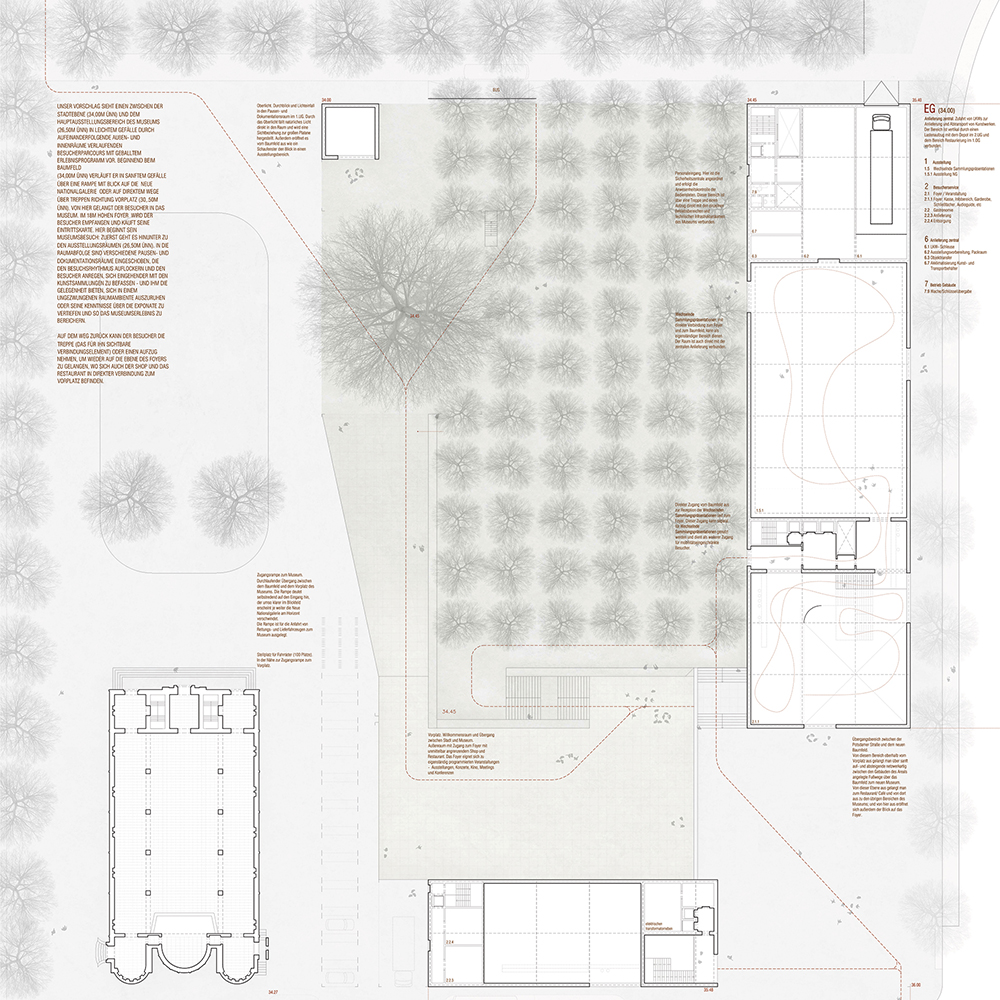 The Museum of the 20th Century

The proposal for the new Museum seeks to enroll in the continuous matrix of the city’s public space.

A continuity rescued by the stratigraphic reading of this place, which highlights the Tiergarten and St.-Matthäus-Kirche axis as a potential element of relation with the broader context, element of resistance in time, that Mies Van der Rhoe had already attended in the delicate manner in which he positioned the Neue National Gallerie volume in relation with the church.

This axis, intensified by the Linden Avenue proposed along the Herbert-von-Karajan-Straße, establishes a connection between the Tiergarten and the space of the new Museum, through a long path, leading us to the immense stoned square which absorbs the Mathaikirchplatz and anticipates the entrance to the Museum.

The Square unfolds from the recognition of its natural condition as the geometric center generated by two axes, one defined by the Philharmonic / Neue National Gallerie and the other by the Gemaldegalerie / National Library, orthogonal to the first, in a clear intention to intertwine the several existing spatio-temporal connections, clarified by the positioning of the extruded volume of the new Museum and the sunken layout of the rest of the building.

The public space on top of the Museum’s underground volume is simultaneously a part of the city and a place for events that could happen outside in continuity with the museum´s exhibition space. The matter that defines the ground of the square – the granite – aims to achieve a desired continuity between the ground of the historic city and that of the Neue Gallerie. The ramp excavated from the square’s surface leads to the entrance of the museum as well as it opens the museum on to the city and its public space.

The expression of the granite as a unifying constructive material is worked through subtle variations of scale and texture, defining a delicate irregular cobble stone surface in the Mathaikirchplatz, bigger in dimension on top of the Museum, and acquiring discipline on the slabs proposed for the patio of the entrance of the museum.

The trees for the square, wild-cherry trees, are carefully chosen for their ability to imprint a delicate seasonal transformation to the hard, steady presence of the granite that covers the ground of the square, creating a special environment under the canopies that triggers the appropriation of the space, new crossings, moving shadows, time-lapses, new smells.