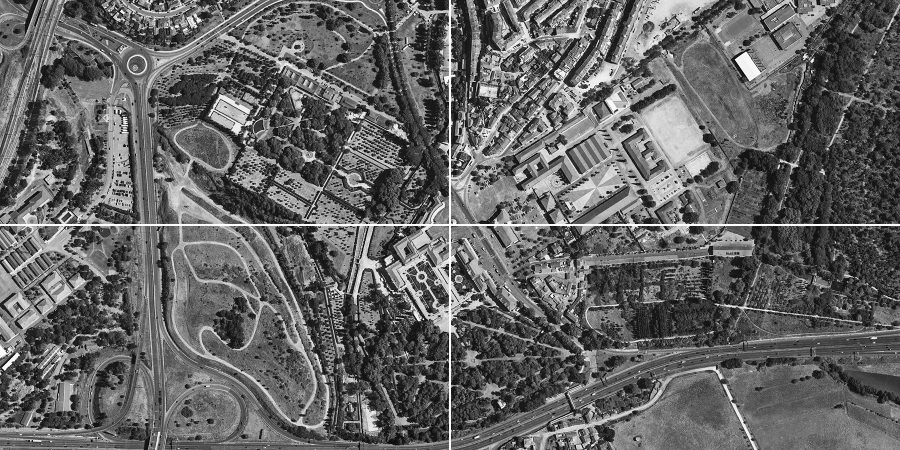 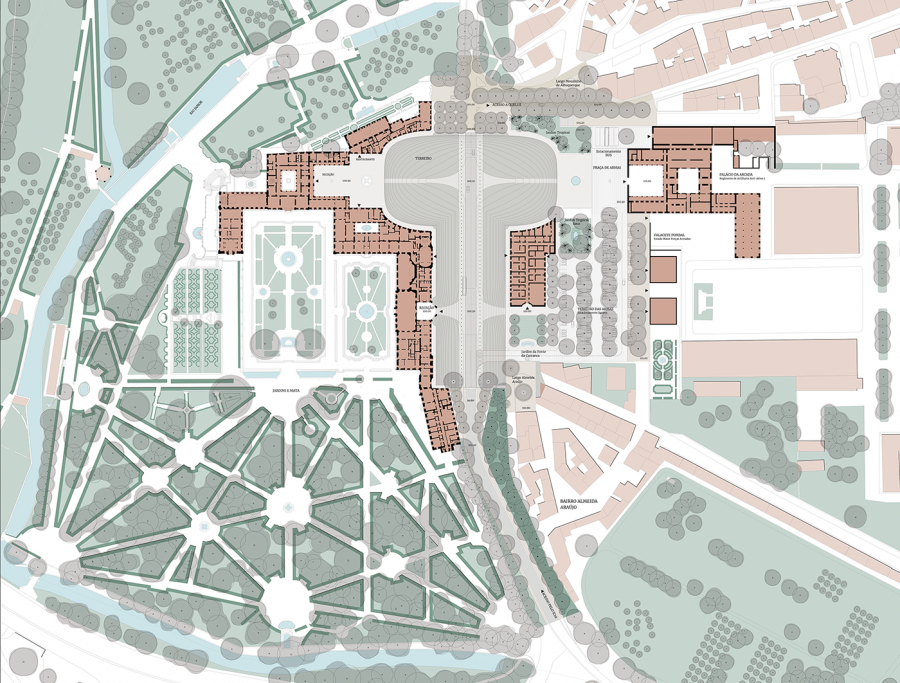 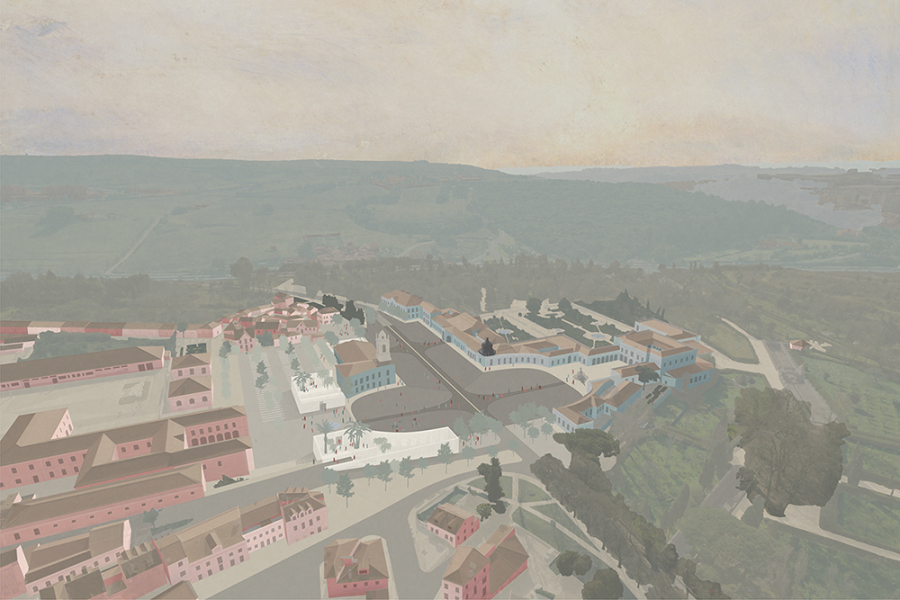 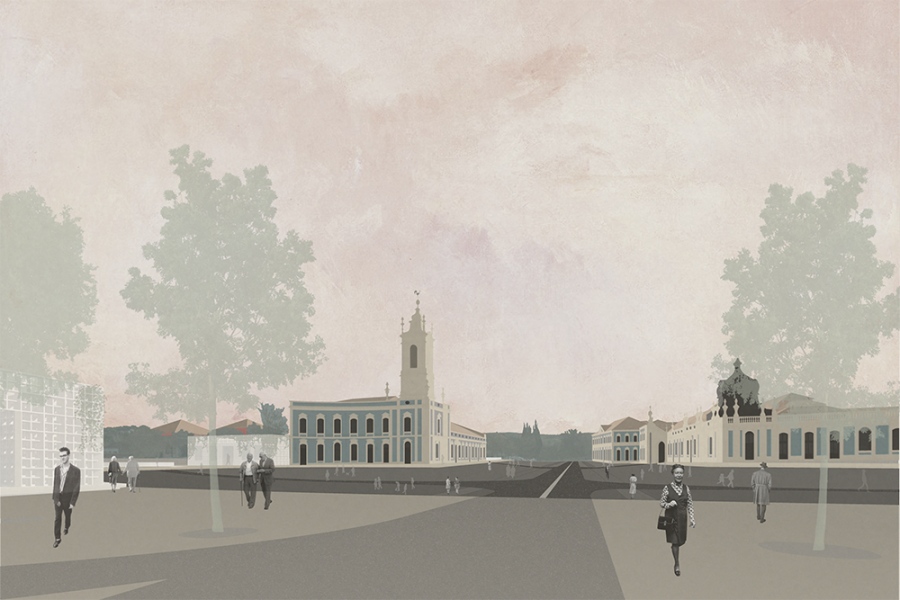 The Queluz Palace grounds represent a space that has remained essentially unchanged since its inception. The original design intention is evident in the fragments of an incomplete architectural body that partially mirrors the existing palace buildings, revealing an intention for grandeur and symmetry that were never concluded. The existing square and the main axis, today’s Avenida Eng. Duarte Pacheco, were to serve as the symmetry line and the main structural elements of the built space. Although the original design for the grounds was never completed, to date no subsequent urban intervention has compromised the possibility for its implementation.

The development of this project required a critical understanding of how the precinct evolved over time. An analysis of the material and immaterial evidence that prevails for the original baroque vision provided a starting point for reflecting on the present condition. The aim was not to build an anachronistic relic, but to draw on the incongruities and shortcomings of this incomplete vision in order to design a new urban space with a coherence and unity that had hereto been unachieved, drawing on the space’s inherent cultural, social and historical wealth.

The premise of the proposal is to reveal the original design intention for the central plaza precinct, now a historical heritage site, which consists of an oval plaza, bordered by rectangular squares, and a central rectangular axis with a north-south direction. The shape of the buildings to the west of the axis reveal the oval nature of the plaza, but to the east of the axis the shape is lost, as the buildings that would form this symmetry were never completed. Thus, another premise of the proposal is to redefine the plaza spaces to the east of the central axis, which are bordered by the military quarters and the Pombal Palace.

The main design intervention for the central precinct seeks to reveal the original oval shape of the plaza through the use of a homogeneous paving material and through changes to its topography, allowing the space to be interpreted as a unit. The material chosen for the central plaza is basalt, and is bordered by lioz marble adjacent to the buildings. These materials evoke the geological context of the intervention site, and their continuous application across the central axis avenue contribute to reducing traffic flow, to a sense of priority for the pedestrian, and to a stronger identity of the square.

The oval shape of the plaza takes on the geometric form of a ‘super ellipse’, also known as a ‘Lamé curve’, seeking to reproduce, on the ground, the void left by the surrounding buildings, and associating the original baroque intention to an equally intriguing geometric form. This geometric form is also used to design the subtle topographical depressions of the central plaza, which allow for a three-dimensional reading of the space and contribute to a sense of unity, while simultaneously dignifying the buildings and providing a series of unexpected view points towards the ensemble and a new way of experiencing the space.

The precinct’s spatial identity is reinforced through the implementation of three walled gardens in the spaces where the original baroque buildings would have stood, on the east side of the axis. These three-dimensional volumes contribute to a stronger definition of the plaza’s oval form, and seek to mimic the richness of the Palace’s interior spaces, through the use of lush vegetation that contrasts with the harsher nature of the plaza’s stone paving. These gardens could host a variety of activities and programmes associated with the Palace, as well as provide a welcoming and intimate space that counters the grand scale of the precinct.

By shedding light on the original intentions for this space, the proposal reaffirms the heritage value of the Queluz National Palace within its historical and contemporary context of the Greater Lisbon Area.