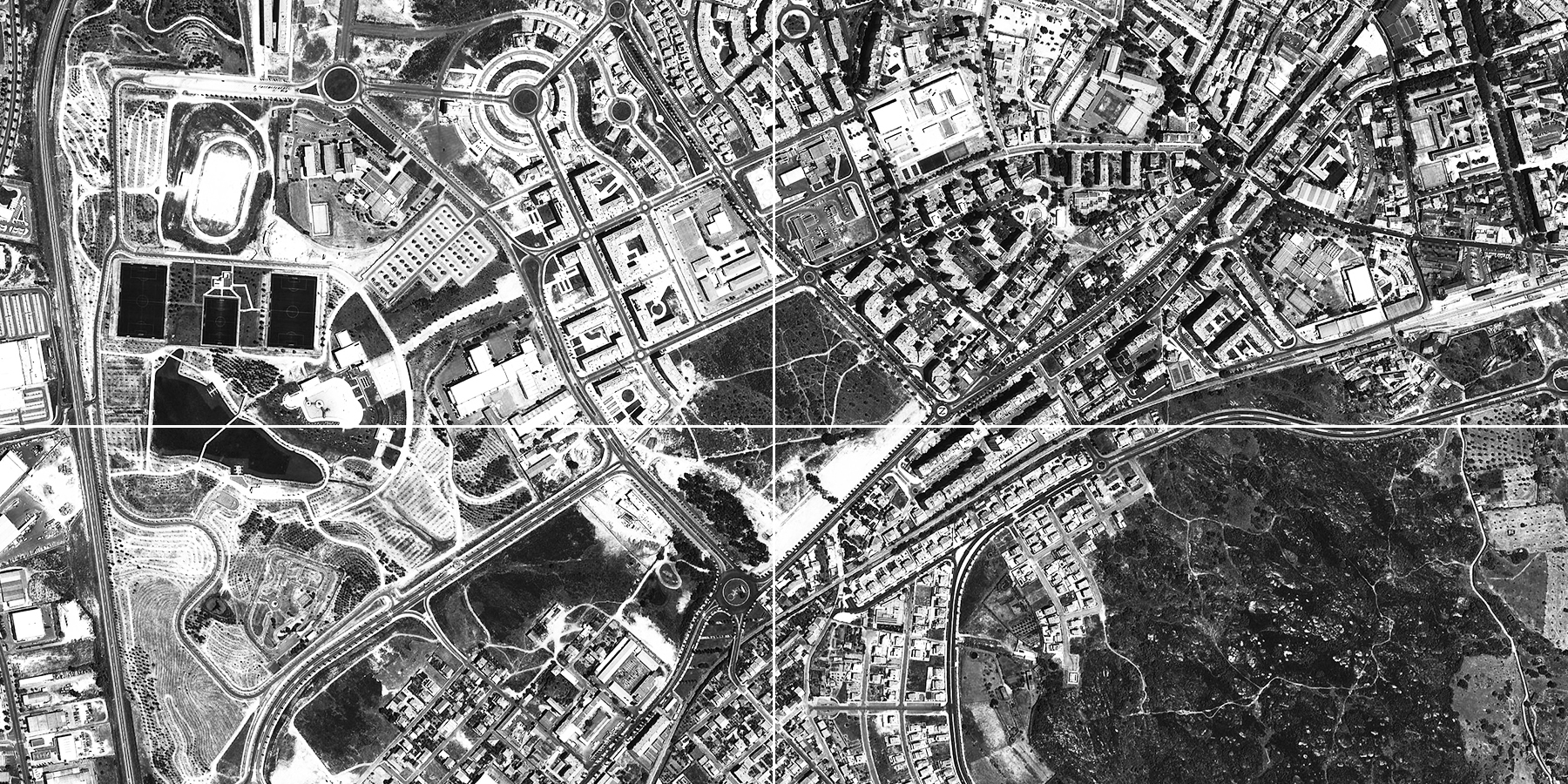 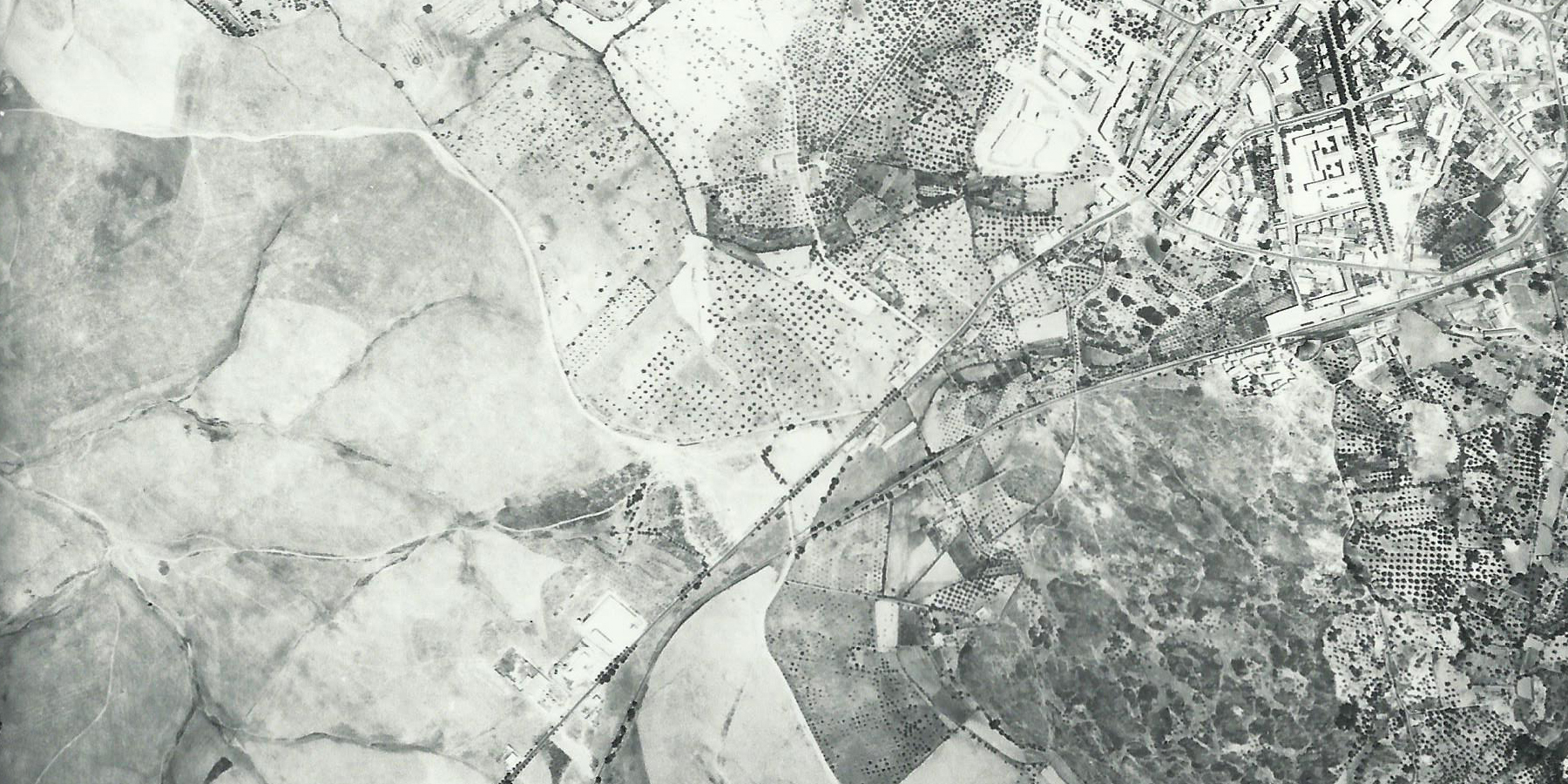 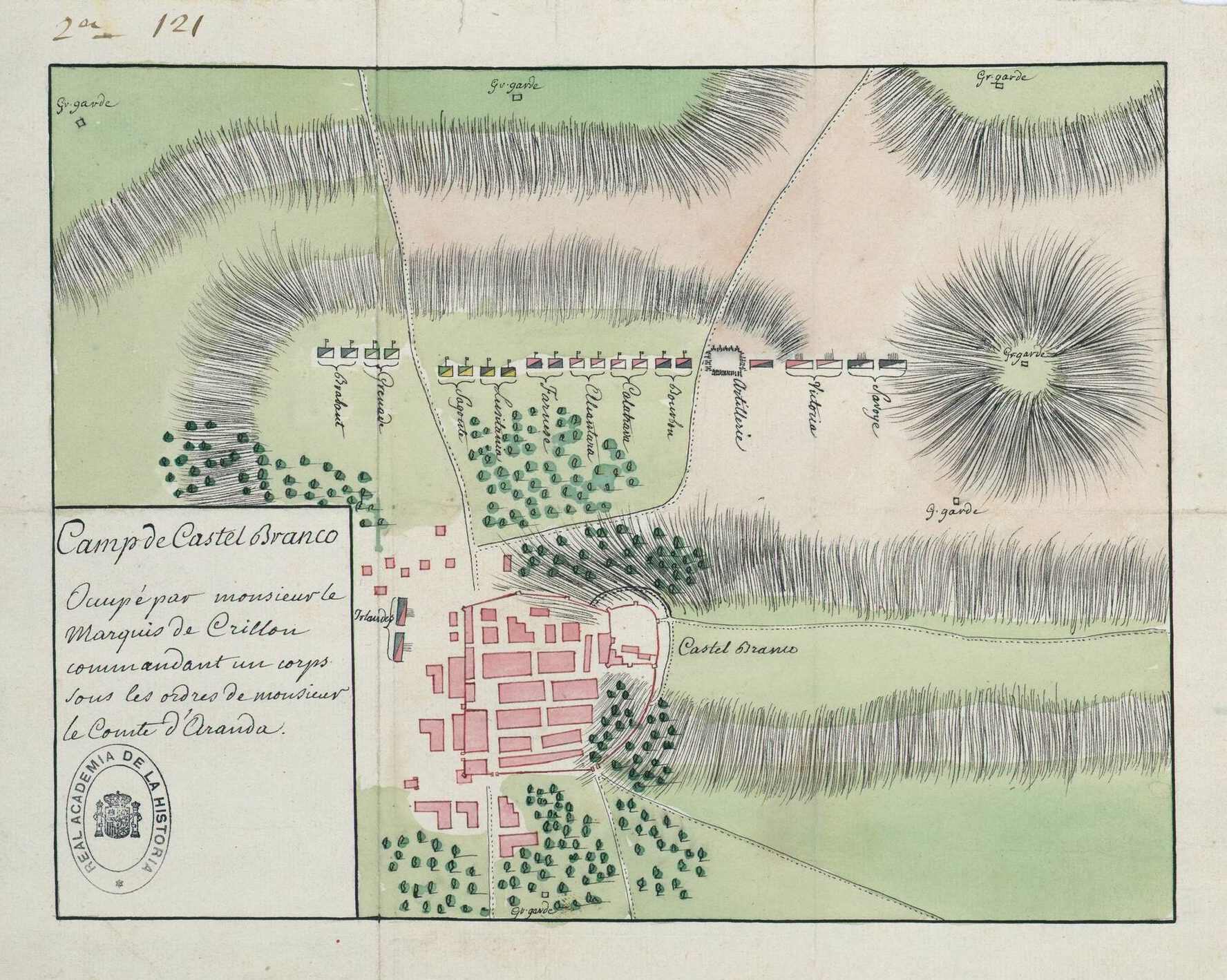 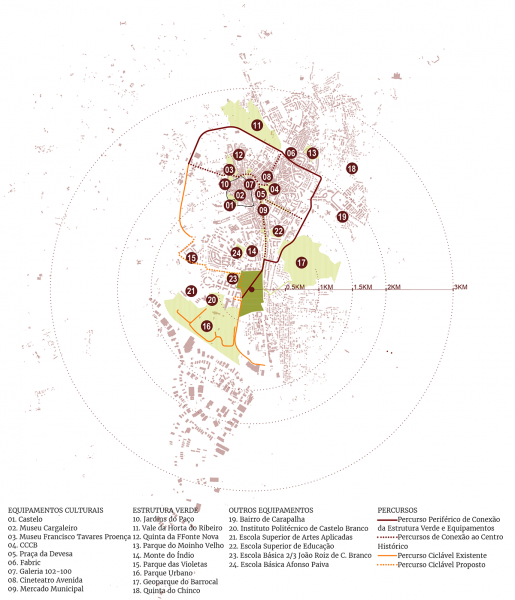 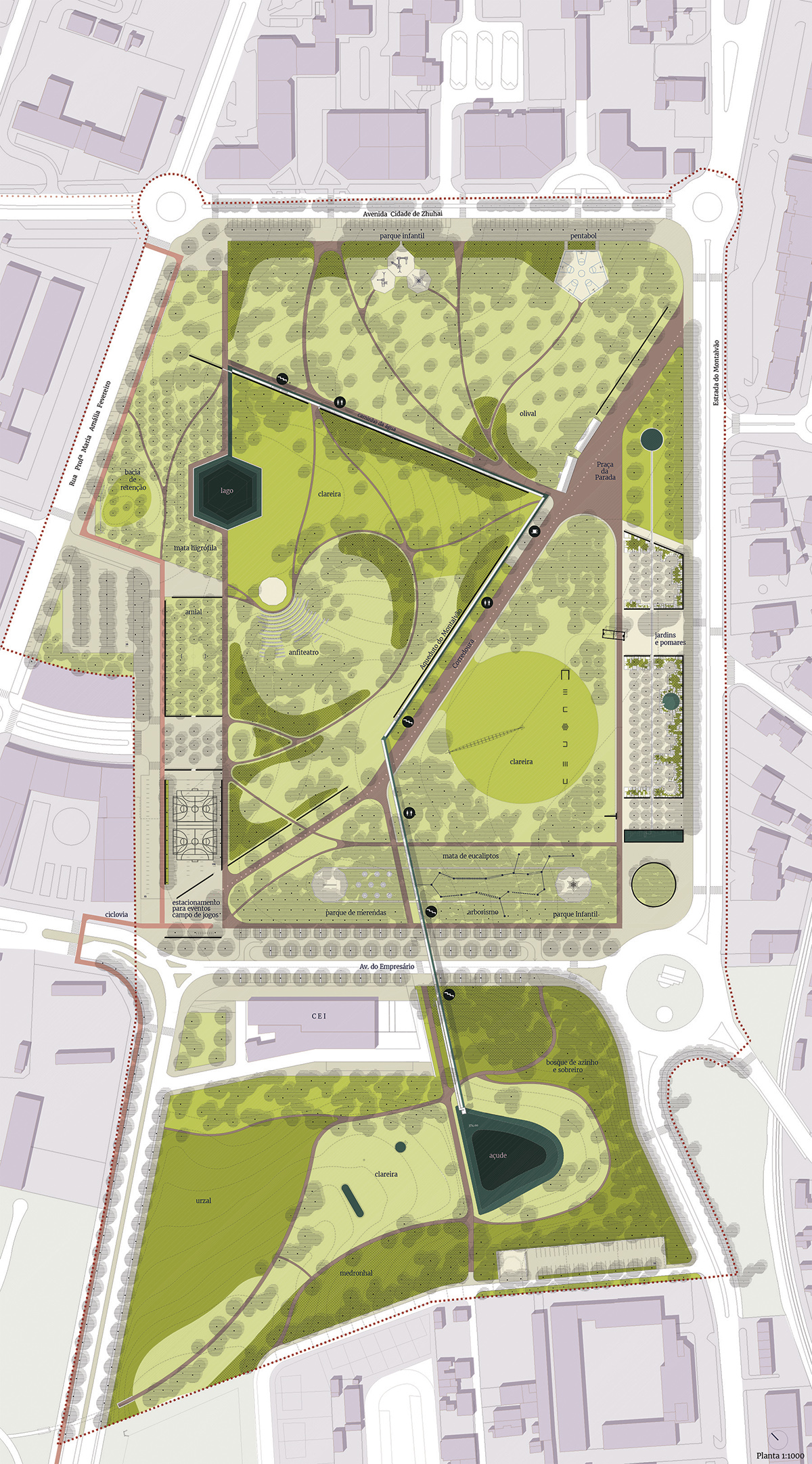 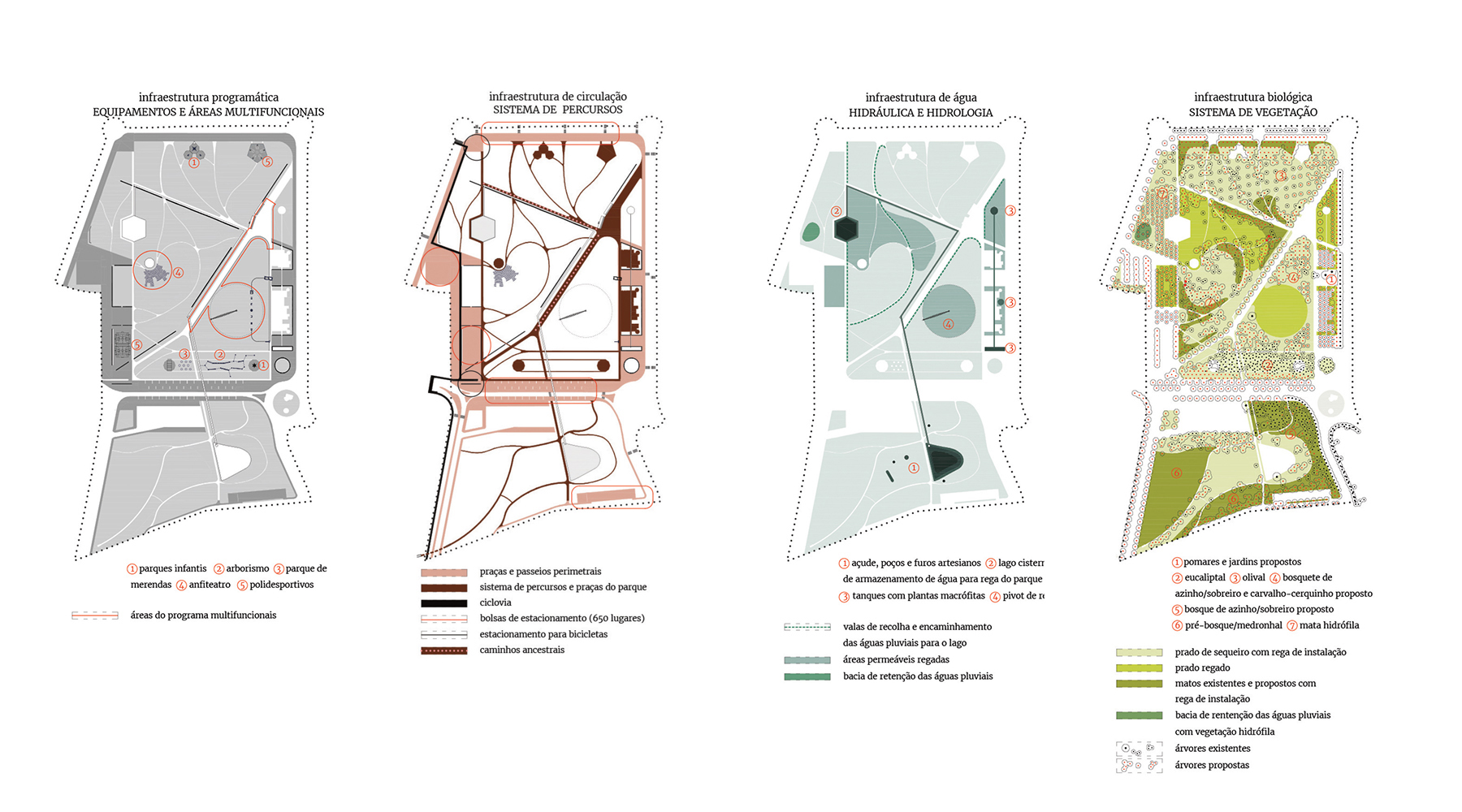 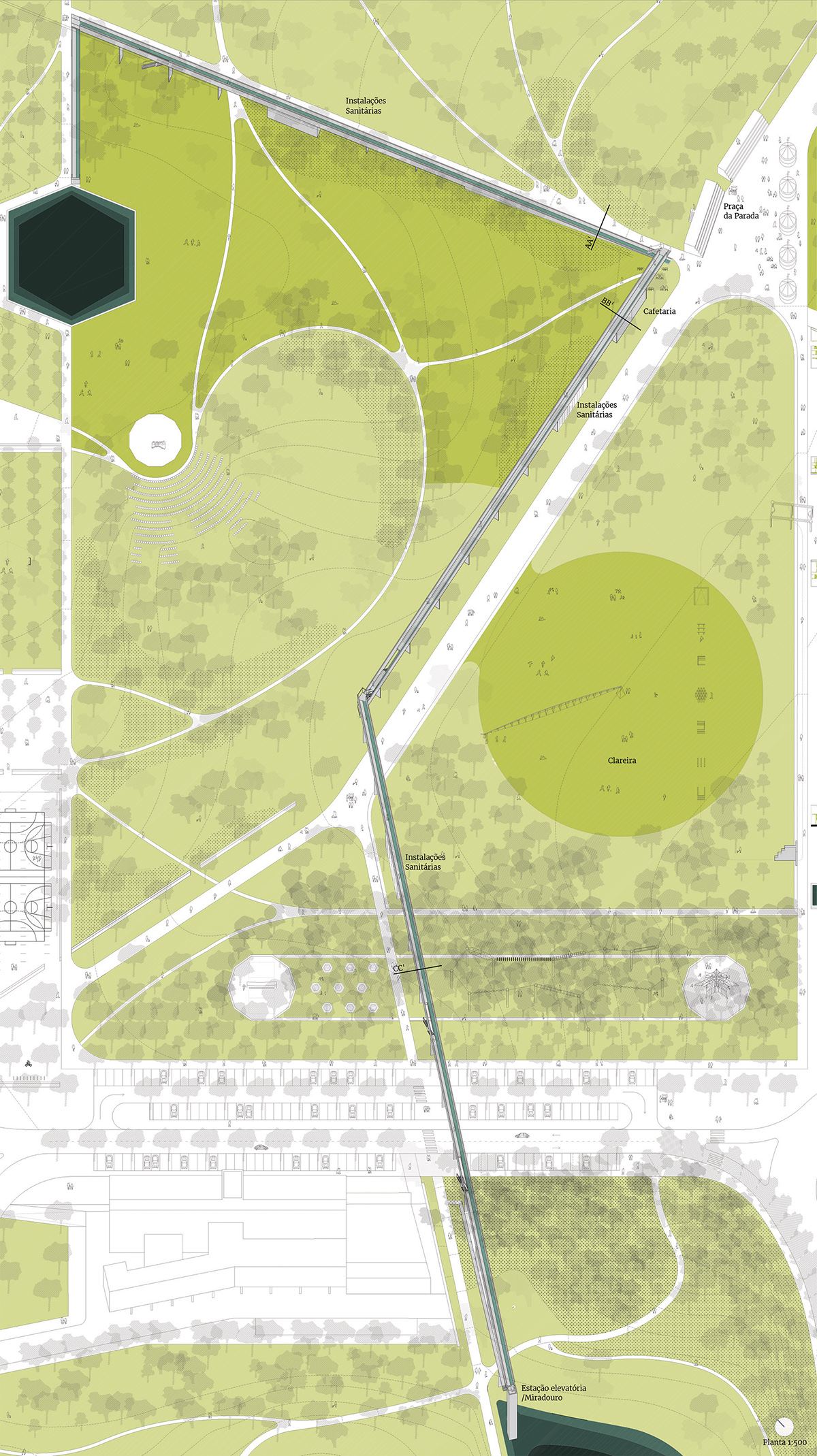 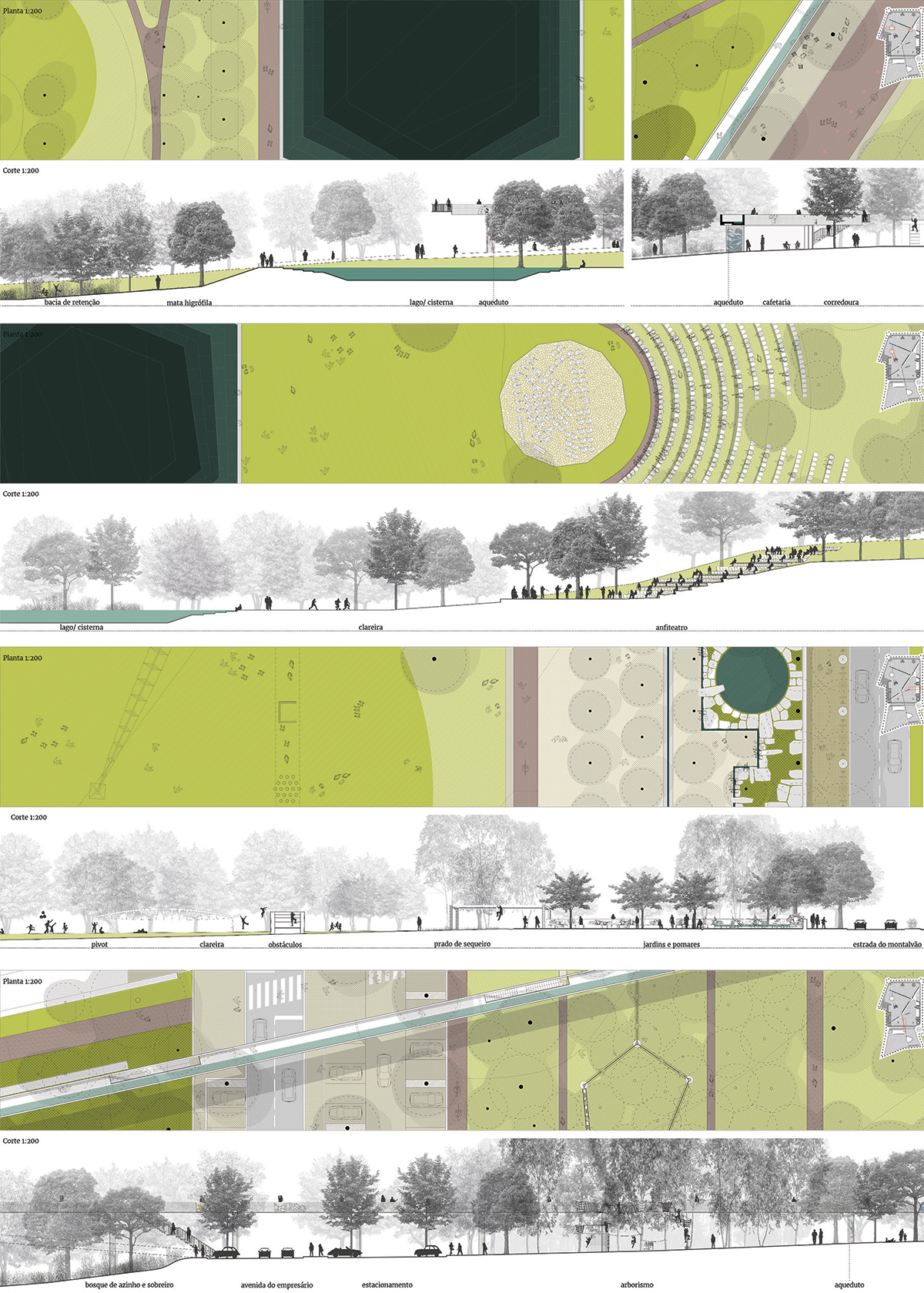 strategy and spaciality. THE PARK AS A CIVIC INFRASTRUCTURE

Like the bridges and tunnels, railroads and water systems that comprise our physical infrastructure, a well-designed civic infrastructure can enable us to live more relational and economically vibrant lives. What is civic infrastructure? It’s the basis upon which ordinary people are able to participate in ordinary civic life (…) made up of places, policies, programs and practices that enable us to connect with one another, (…) build community and solve public problems. Blair, J. and Kopell, M. 2015

The parks’s design strategy is based on the recognition of the pre-existences as a motto for the readjustment and reinvention of the Park. Topography, landmarks, ‘daily paths’, vegetation systems and a visible water system are the starting points for the new spatiality of the Park. The proposed Park will be the support for transient and permanent occupations, which can establish meanings through permanent programs, but leaving room for programmatic and spatial mutability and daily, seasonal or eventual improvisation.

The major constraint of the subsoil at high elevation, determined by the geological nature of the site, makes it difficult to construct buried infrastructures. With this in mind, it is proposed to emerge the infrastructure in the form of an aqueduct that carries the necessary networks along the park: water, electricity and telecommunications. The aqueduct ensures the hydraulic connection between the pre-existing reservoir and the cistern / hexagonal lake (water reservoir) from which the entire irrigation system of the park is fed. The need for water elevation establishes the top elevation of the aqueduct, which can be traversed as an elevated path, offering other readings of the park, in complementarity with the ground level network.

The general design strategy is based on the affirmation of the cadastre pathways as a rapid and direct distribution network capable of establishing the intra and extra-park connections: Corredoura, Waterway and Parade Square.

From this network, a series of secondary paths are proposed within the Park, adapted to the topography, assimilating, with inherent geometry, the paths that are traced by the daily need of crossing, connecting the various spaces proposed. In order to connect the park at a territorial scale, it is proposed to extend the cycle path that crosses the Park at the South, up to the Parque das Violetas, laying ground for a potential cycle ring that connects the City’s green structure, as well as for the creation of a shared cycling circuit that, starting from Corredoura, can connect all the way through to the historic center and the Castle.

An obvious implication of the (re)configuration of the Park is its urban context, influencing the nature of its perimeter and the quality of its interior space. In order to respond to the necessary interterritorial relations, the Park offers at its perimeter, whitch is in direct contact with the street, an intensively equipped frontier, freeing its interior space for the existence of wide clearings, less compromised on a programatic viewpoint. In this sense the park is not intended to be an event in itself, but rather an infrastructure capable of accommodating the city’s events as well as regional events. The architectural proposal reflects the Park’s strategy by taking advantage of the aqueduct as an active support for defining uses and frequency of occupations. The Aqueduct does not pretend to be an event or a folie but rather a neutral place for appropriation. Permanent appropriation of the space between pillars, under the waterway platform, with sanitary facilities, pavilions and cafeterias.

The proposed vegetation system acts on the existing natural land cover, by intensifying it or by activating the existing natural regeneration processes. The Alameda das Tílias and Alameda dos Freixos are among the main features of the park and act as a microclimatic filter between the Park and the road network. Alongside the canopies of the double and triple rows of lime and ash trees a sequence of Gardens is settled, made out of the debris of stone found on the site, that offer a mild place whith a specific microclimate provided by the permanent irrigation, that allows for the presence of a shade friendly vegetation system.

The wide clearings in the center of the park are contained by edges of shrubland or groves of cork-oak, holm-oak and portuguese-oak that guarantee the transition between opening and closure along the path system. The existing Olival and Eucaliptal are kept, as well as the activation of the existing natural regeneration process, upstream of the dam, in the form of an holm-oak and cork-oak forest. At the lower level, next to the lake/cistern it is proposed the stabilization of an hydrophilic shrubland and an alder wood that offer a space of mild climate for informal use under the canopy.

cultural infrastructure. CULTURAL AND SOCIAL PROGRAM OF THE PARK

The requalification of any urban void should be seen as an opportunity to provide new discourses on the uses of the city and consequently of the landscape. Discourses that have to be anchored to the matrix of the place, both existential and spatial, creating opportunities for being and dwelling.

Implementing a rhizomatic program within the framework of this proposal, in which the present Park, due to its scale, its territorial relations and its strategical location, assumes itself as a catalyst and a mediator seems like an evident possibility.

The park is composed as a receptacle, but also as propulsion of an Actor-Network relationship, which is transcribed by the process of connection with the city’s existing parks, cultural and heritage facilities and with a more practical use through cultural initiatives promoted by the institutions, companies and local associations. The park does not try to reinvent programs, but to interconnect those that already exist.