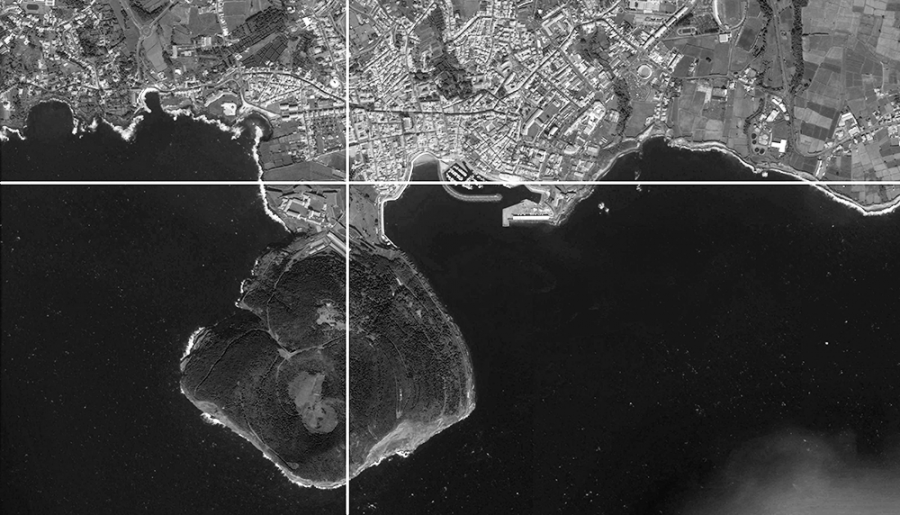 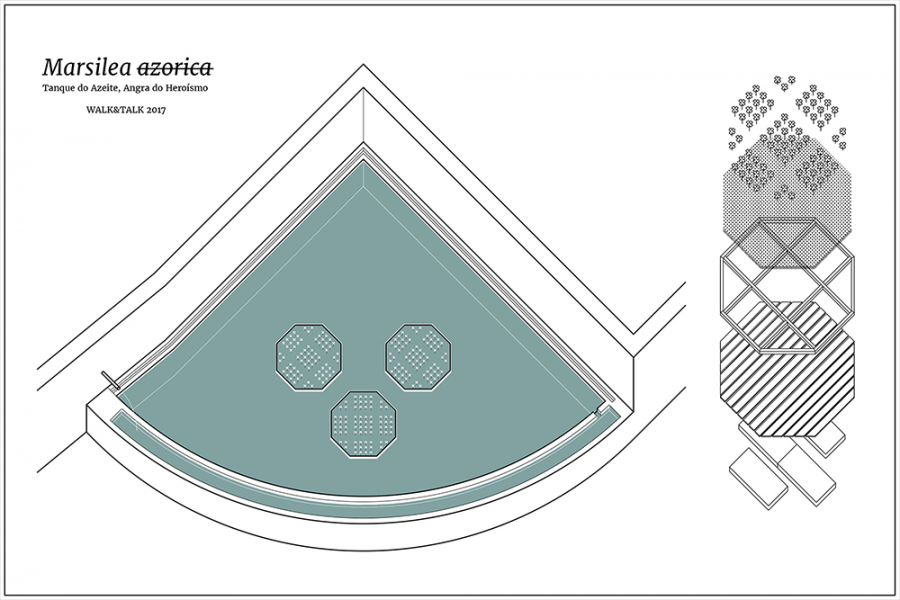 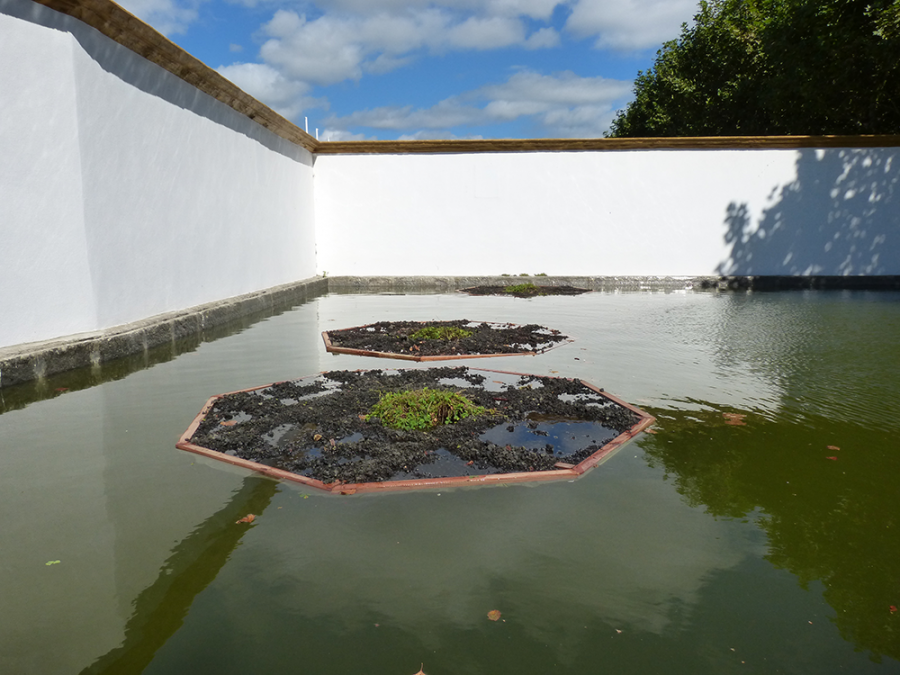 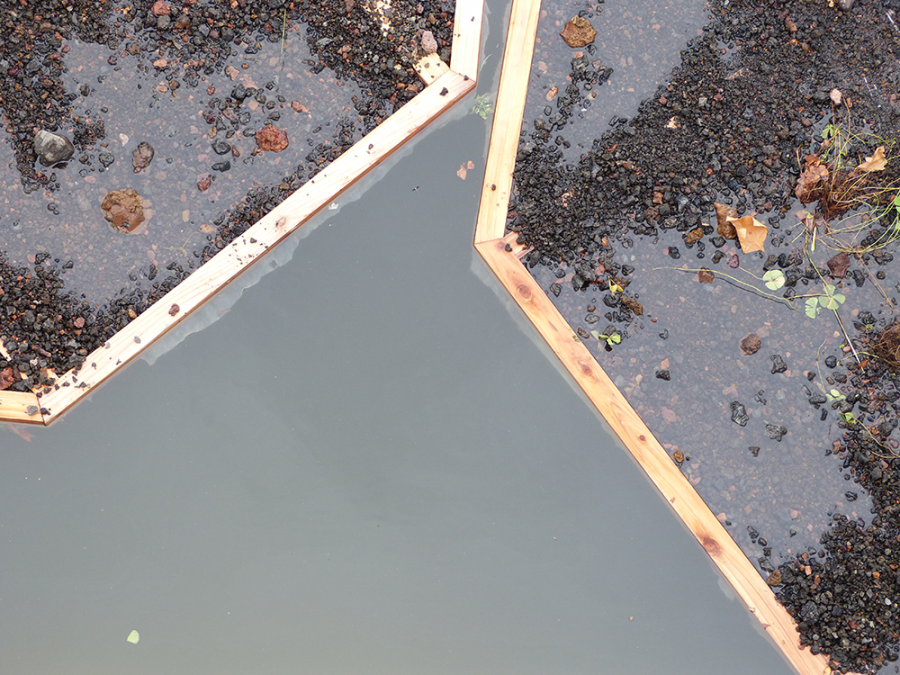 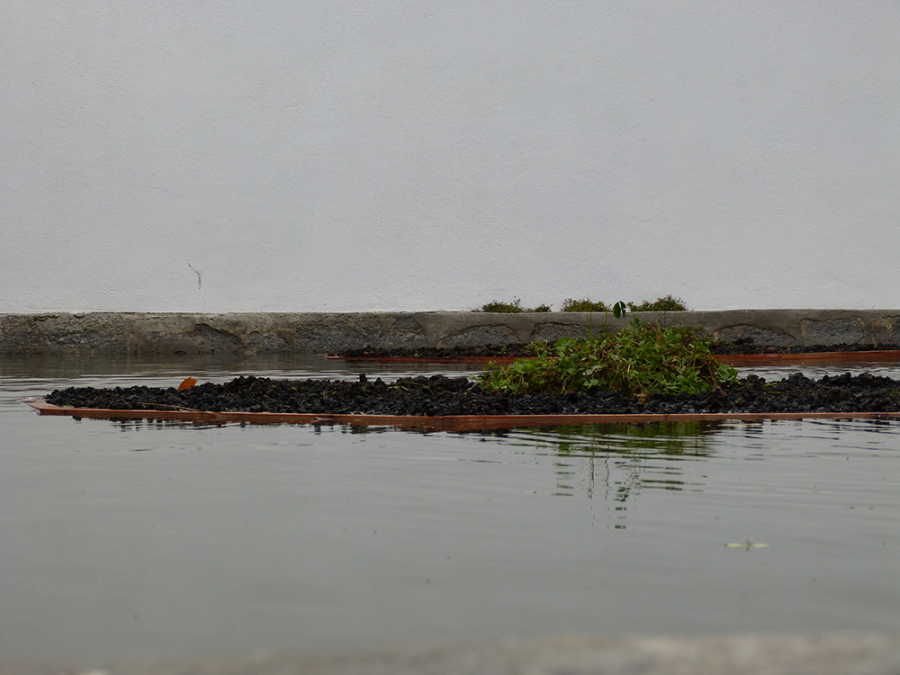 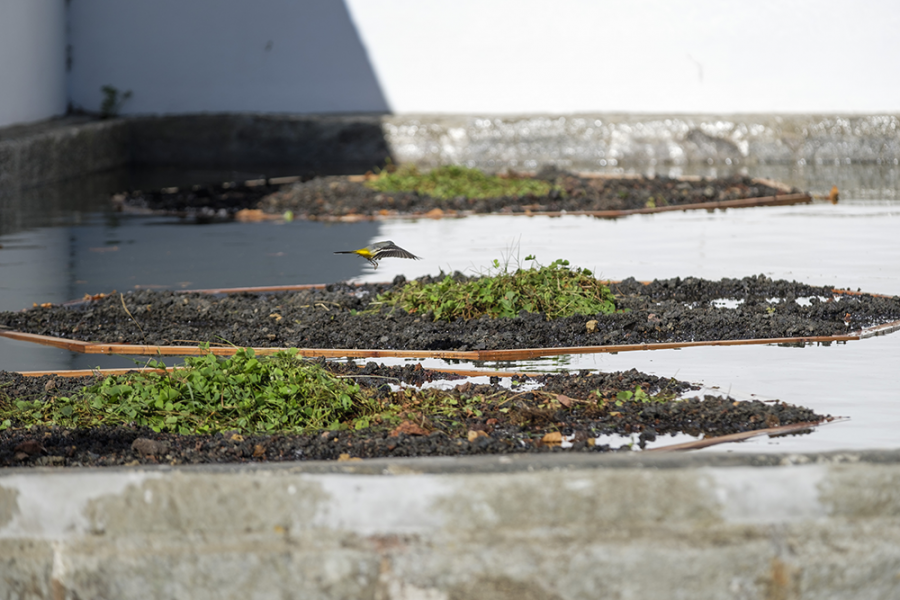 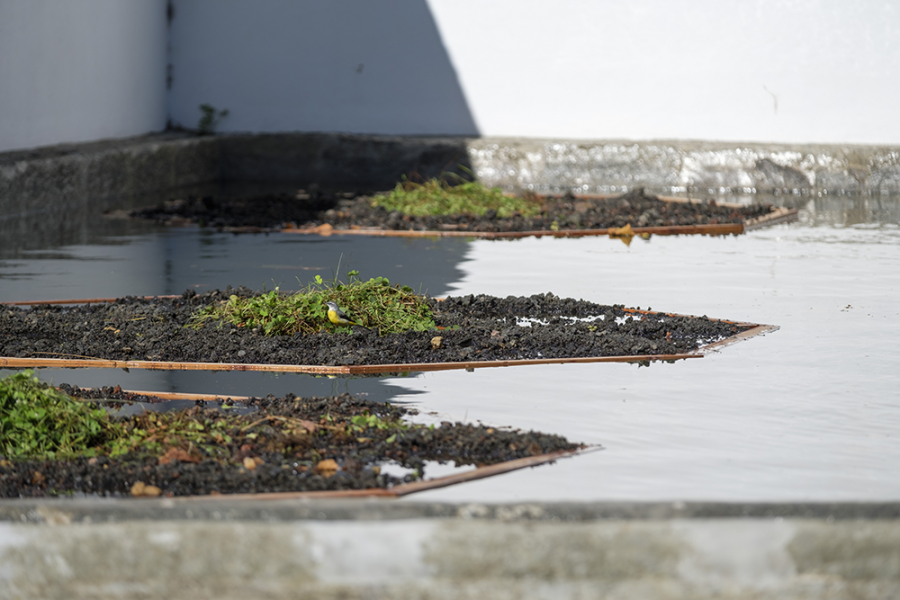 The intervention consists in the displacement of a four-leaf water clover into the public space. Formerly described as Marsilea azorica, a scientific article in 2011 demonstrated that the flora– once thought to be a protected species that could only be found in a small pond in Ilha Terceira- was actually Marsilea hirsuta, a plant from Australia popular in aquascaping. Overnight, the endangered four-leaf water clover became an invasive species within the Azores.

The probable itinerary of this plant, from Australia to Terceira via Florida in the US, finds parallels with the commerce and cultural trade that occurred since the early days in the Azores. The questions broached by the ecosystems’ contamination reflect the contemporary condition of human society, the tension between global and local integration, and what rhetoric defines the lines between foreigner and native.

The clover was carefully collected and transplanted onto three octagonal rafts which are lined with local lapilli, a volcanic material, as a substrate for the plants’ growth. The octagons float in a 17th-century quarter-circle tank, drifting with the breezes in a slow, never-repeating movement.