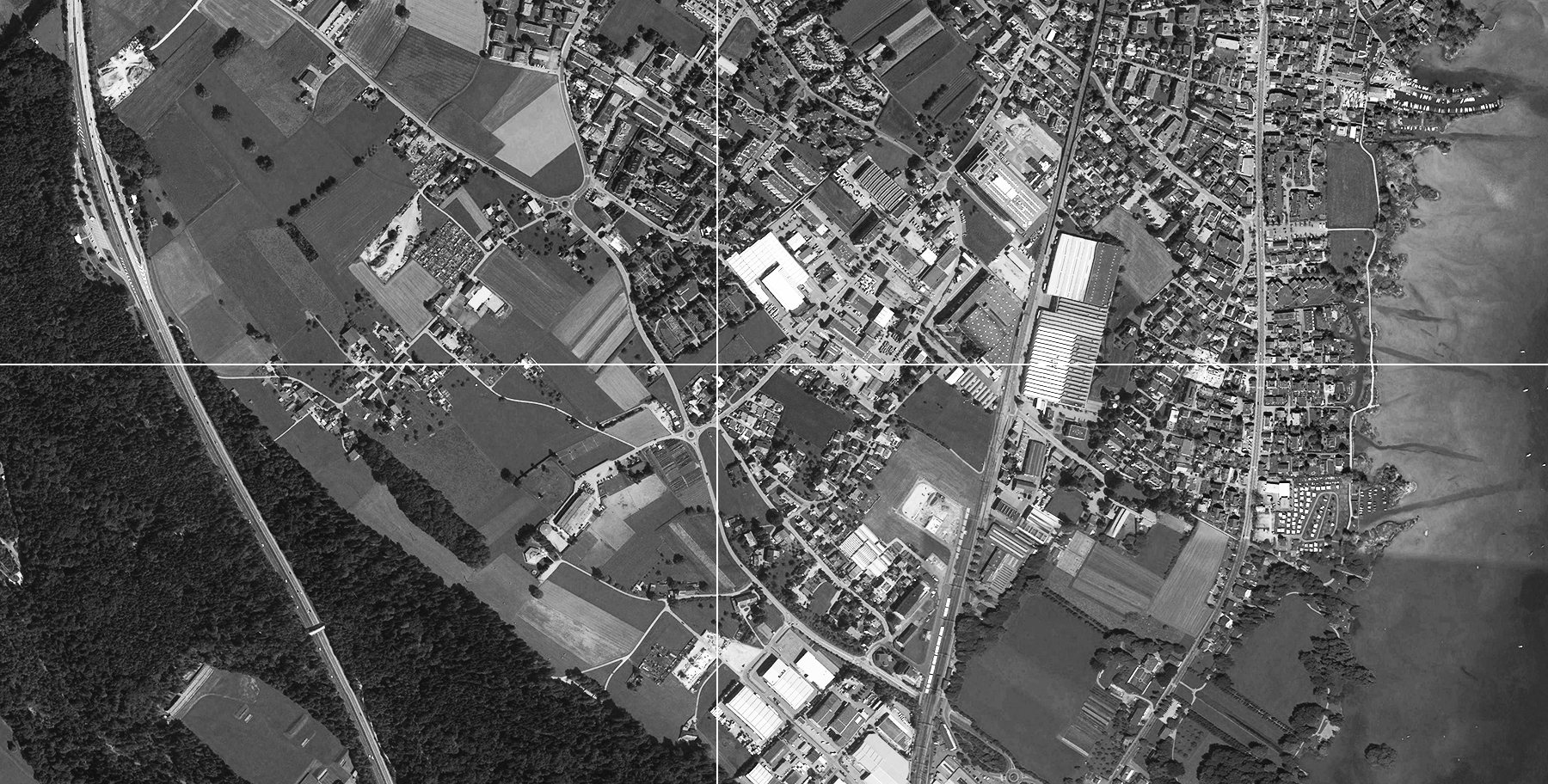 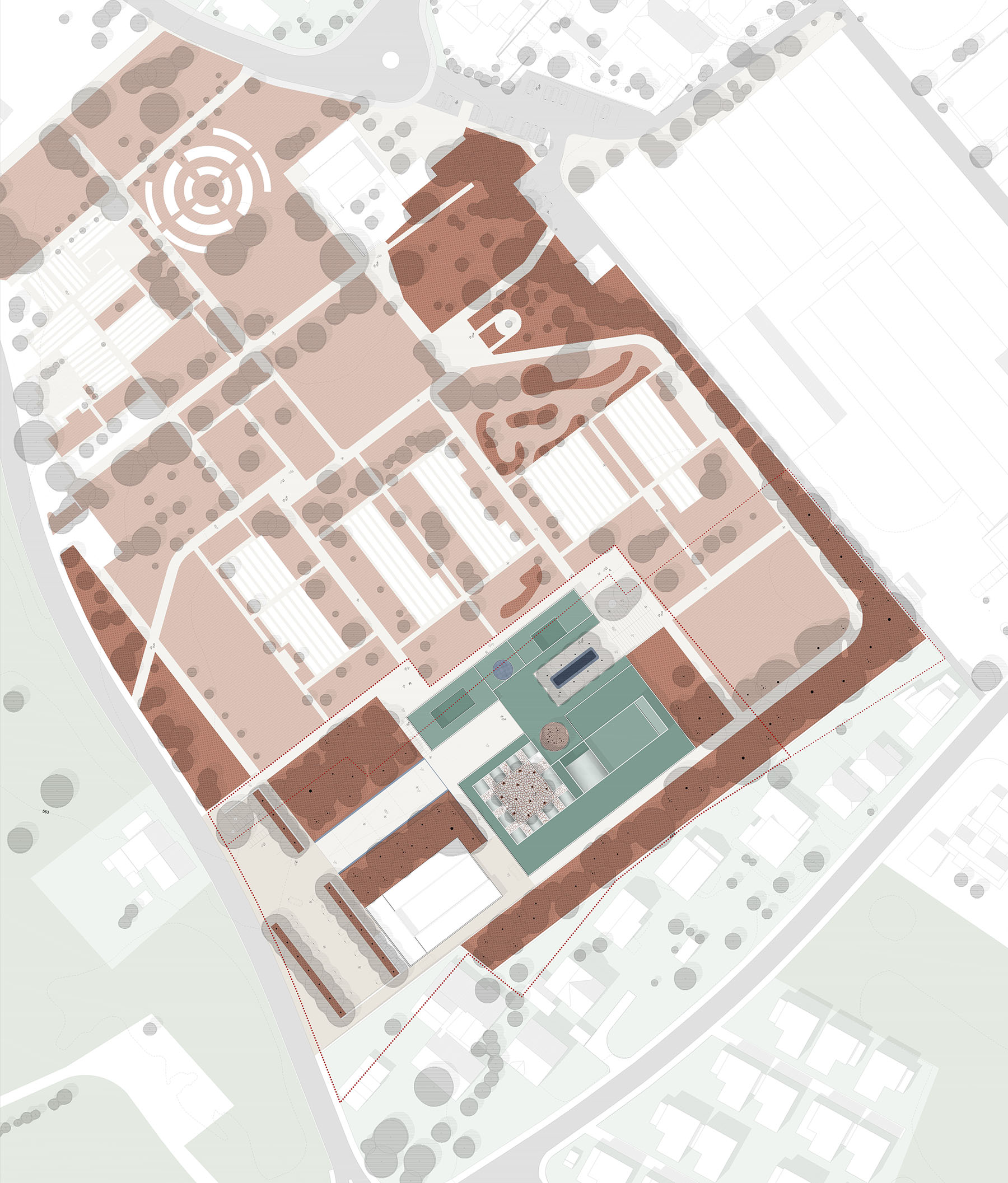 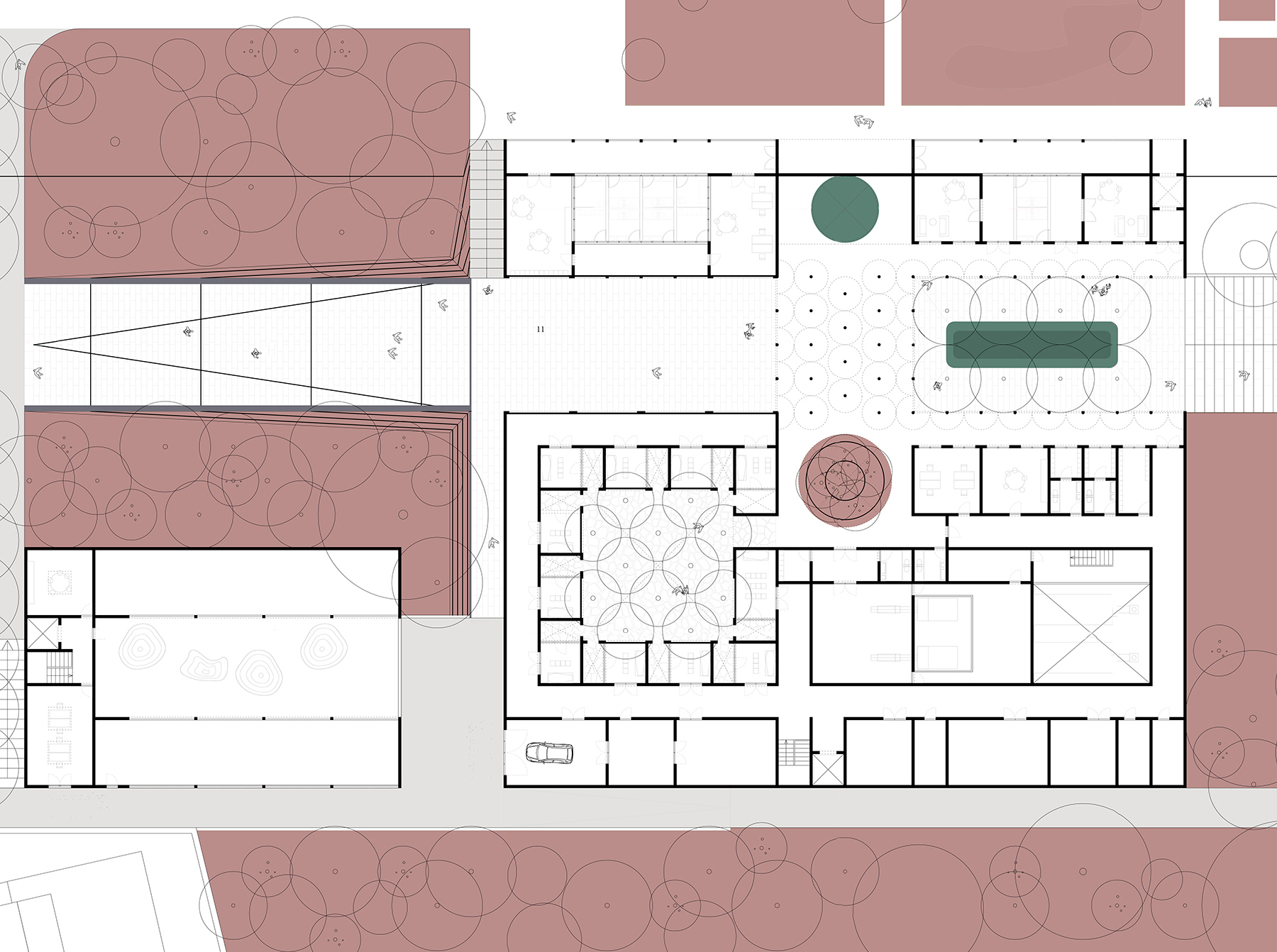 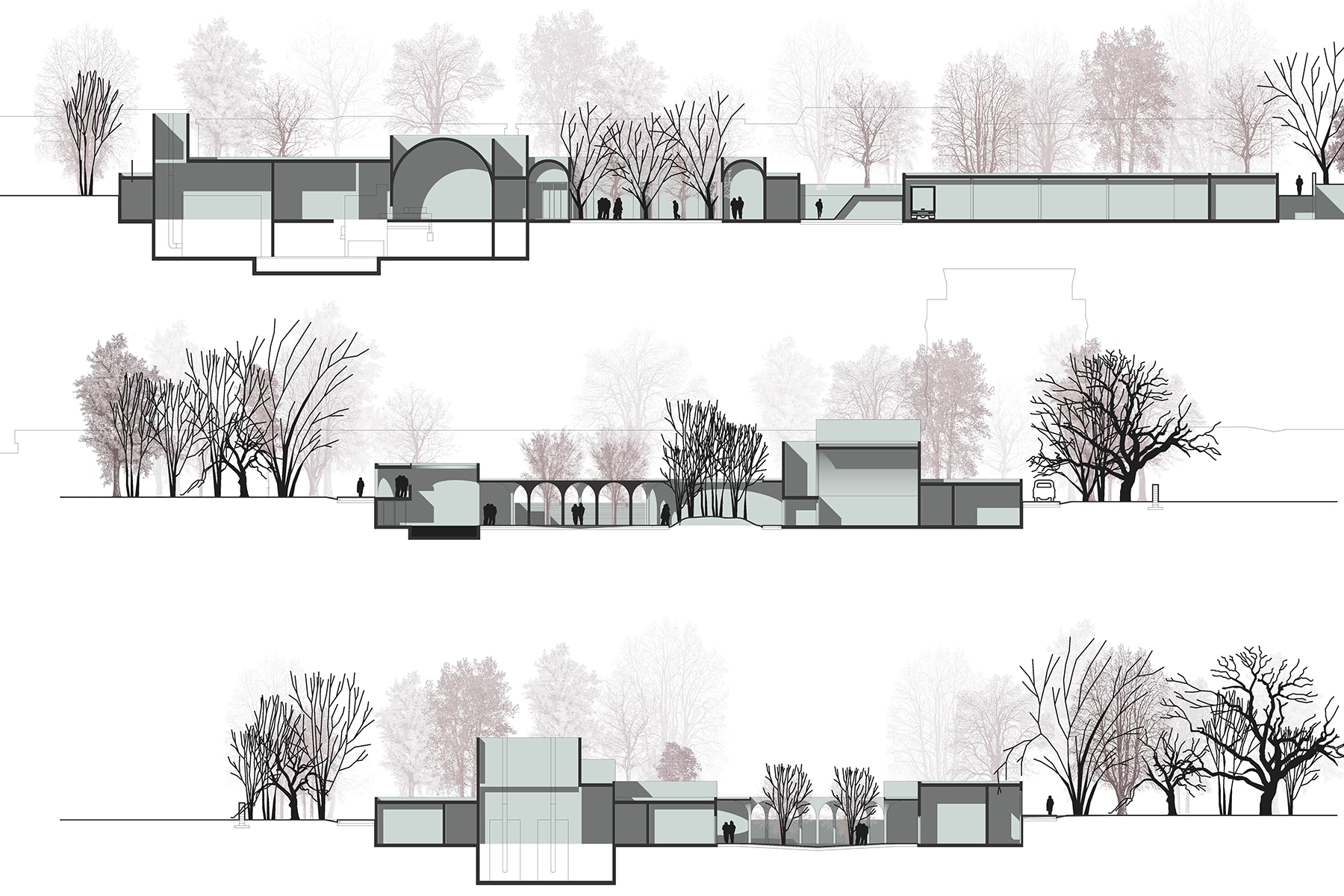 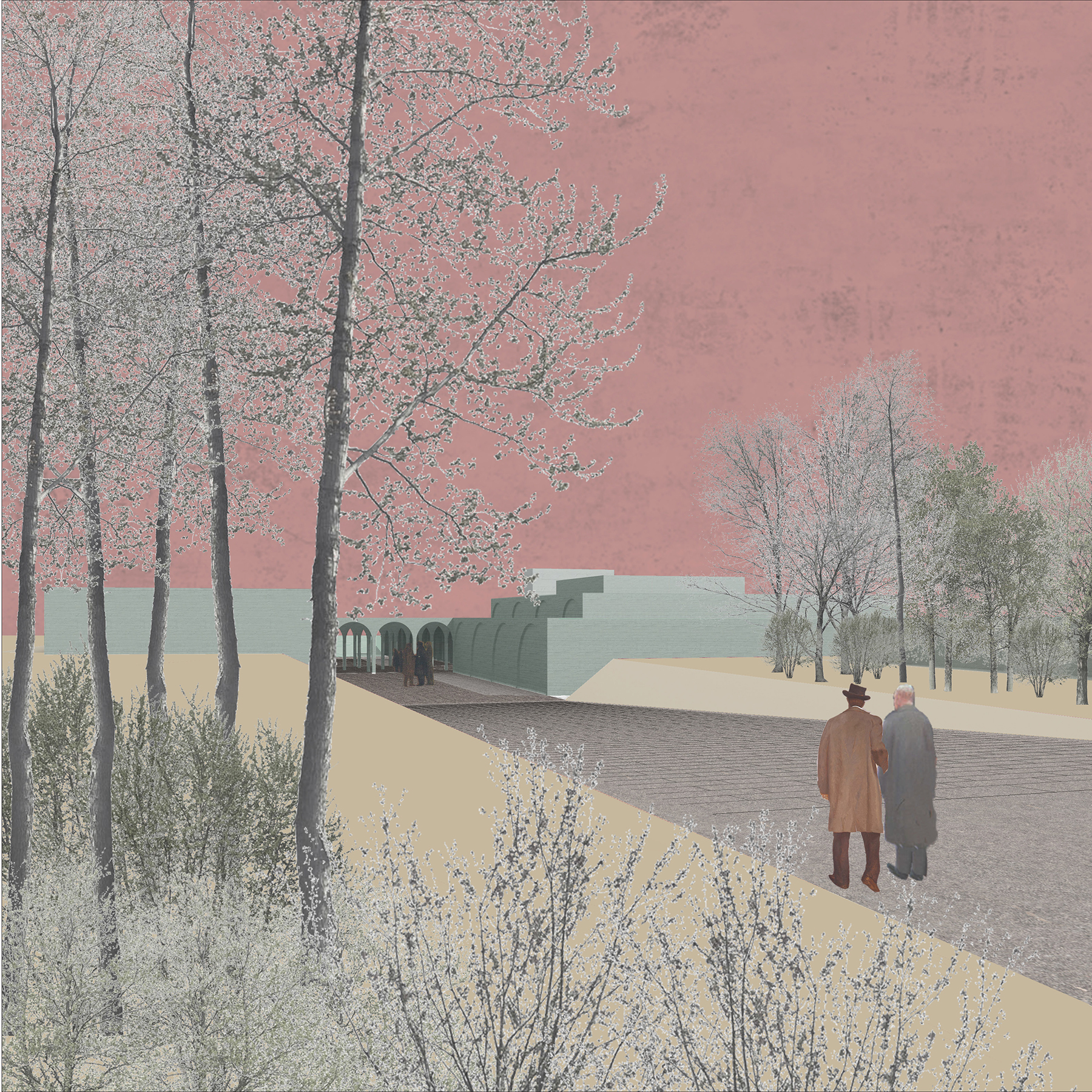 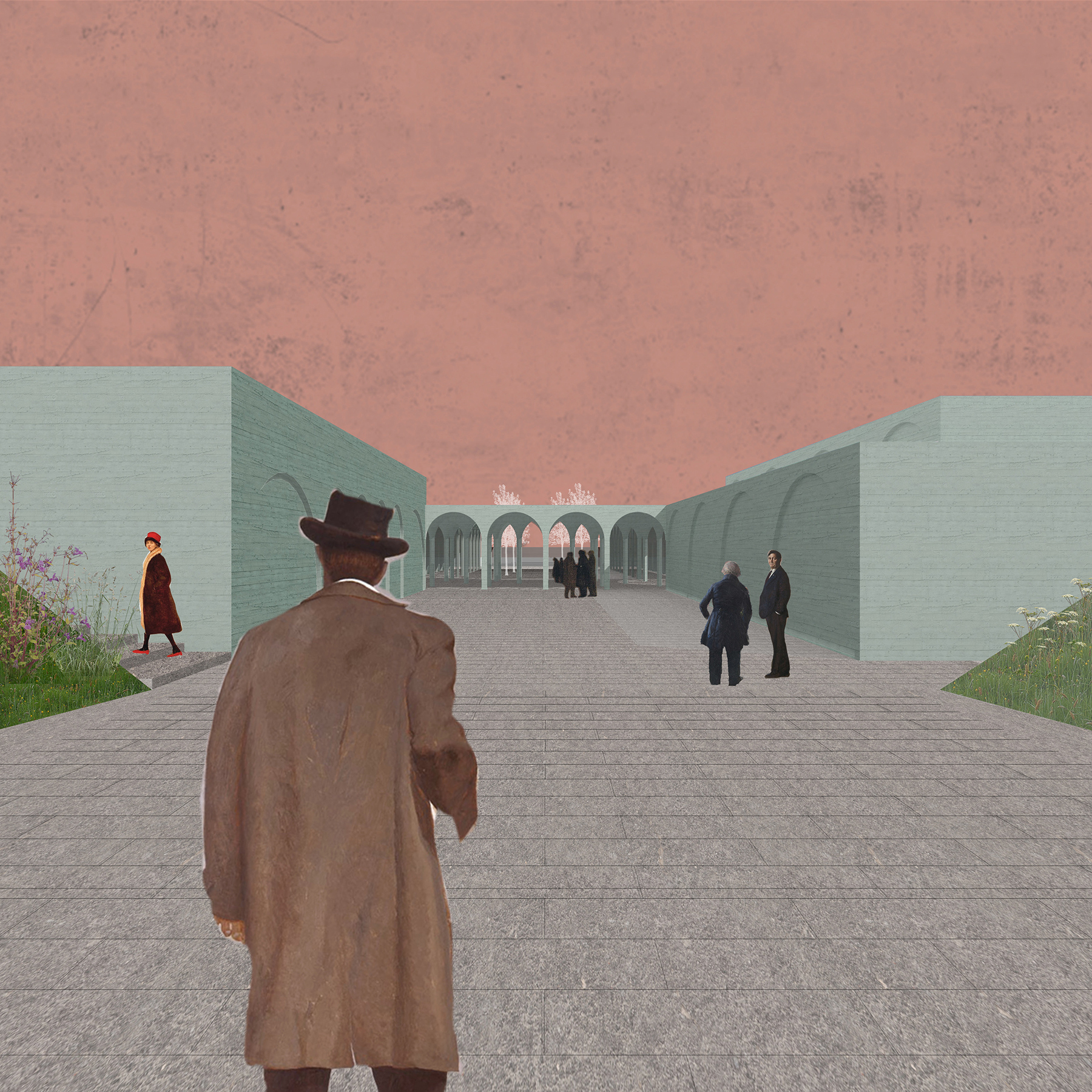 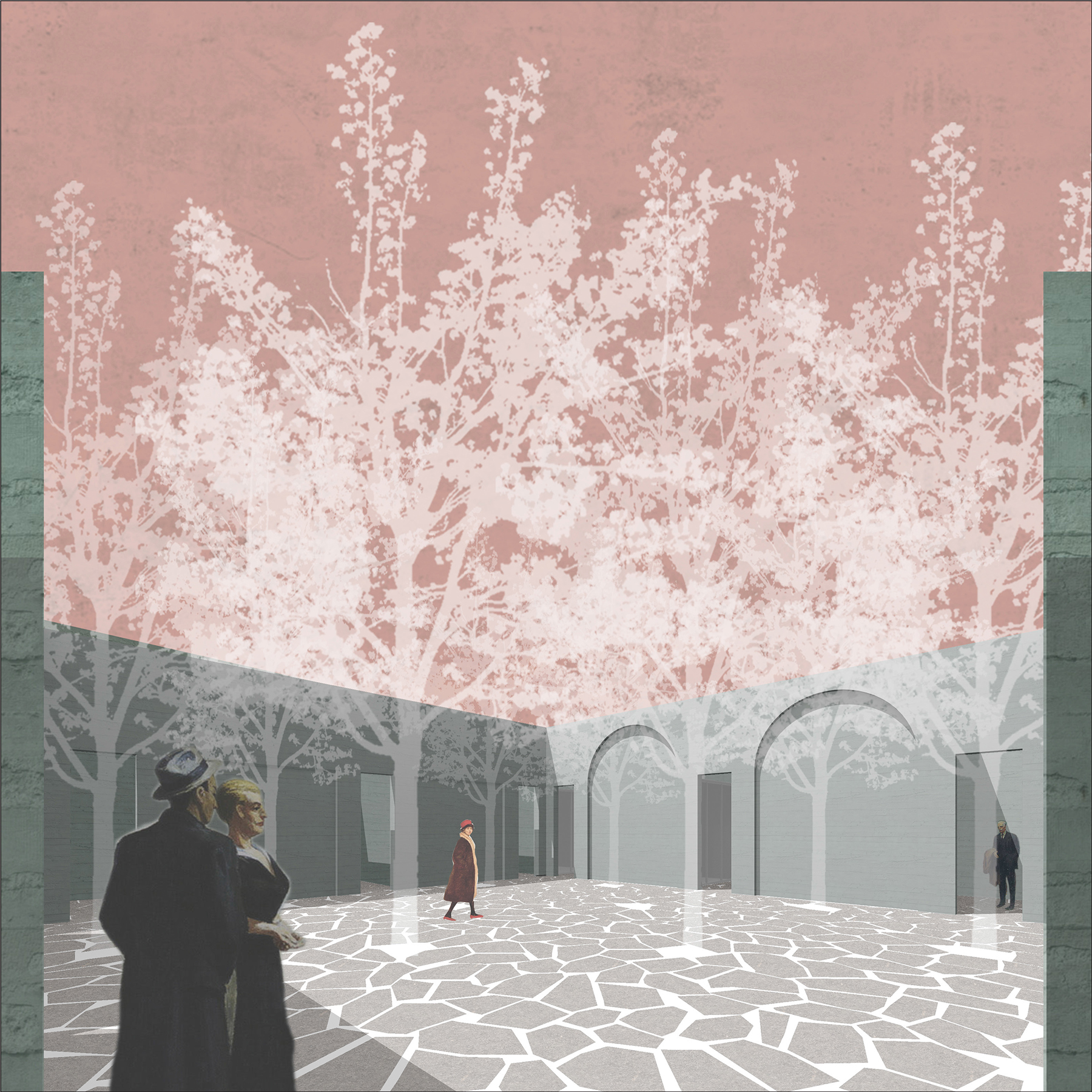 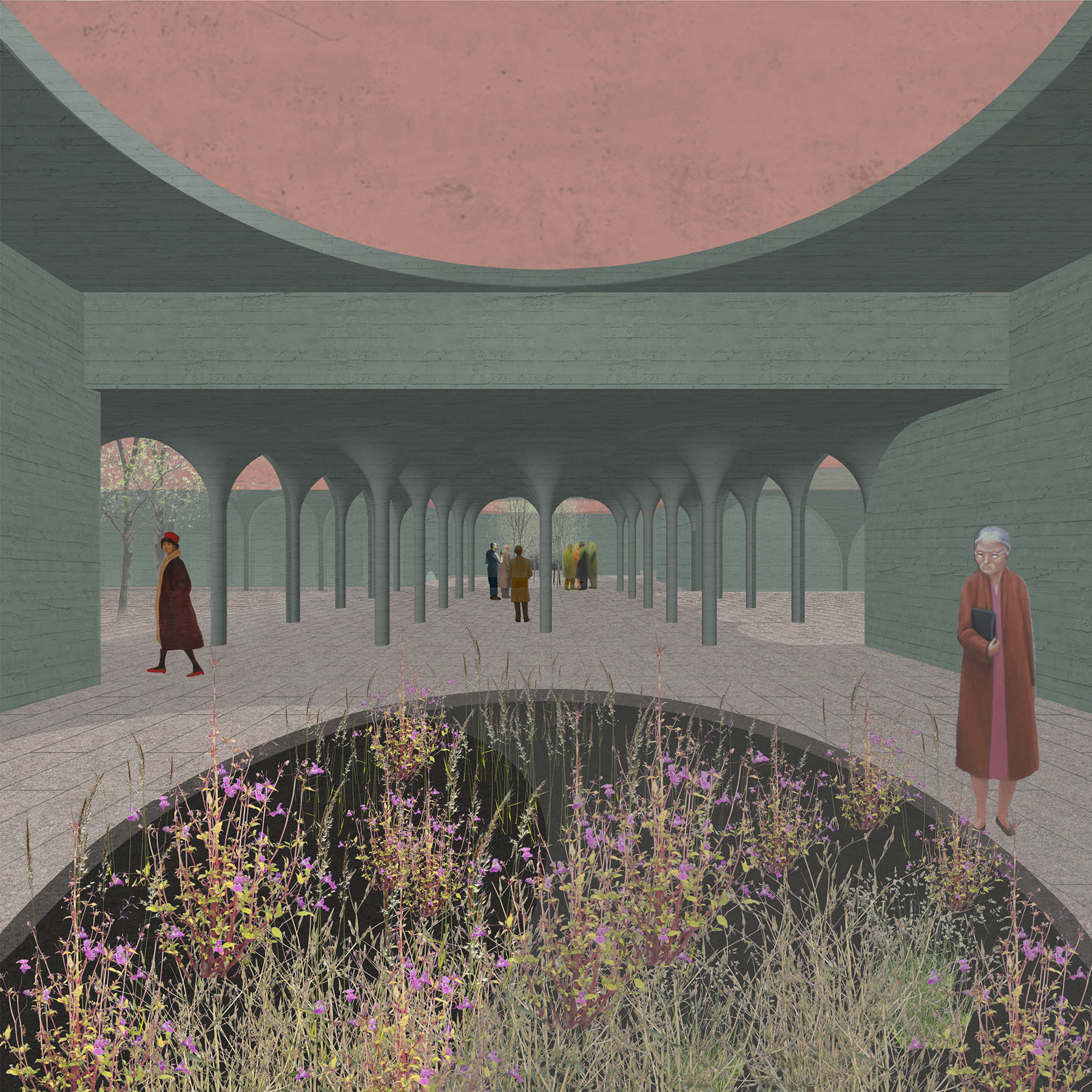 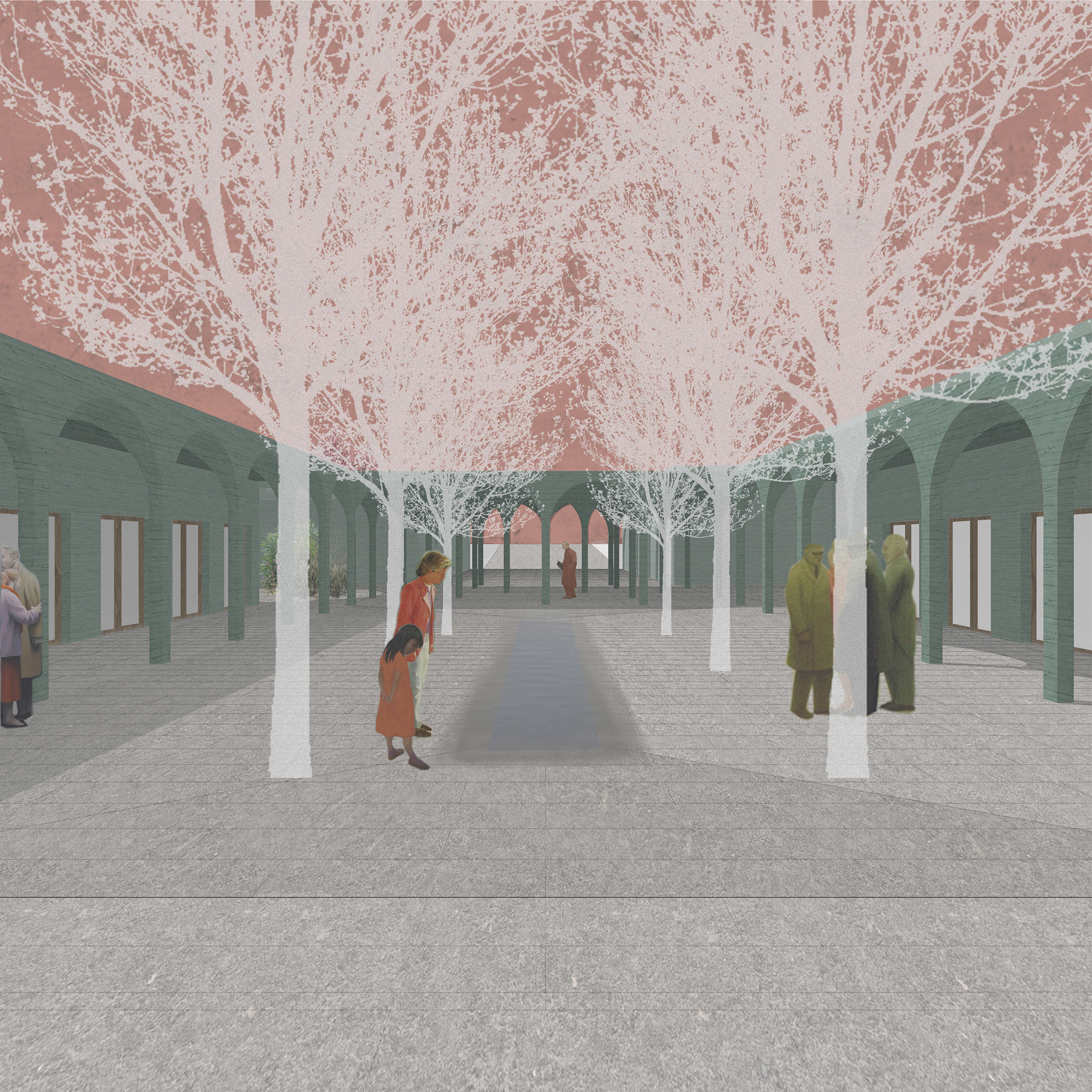 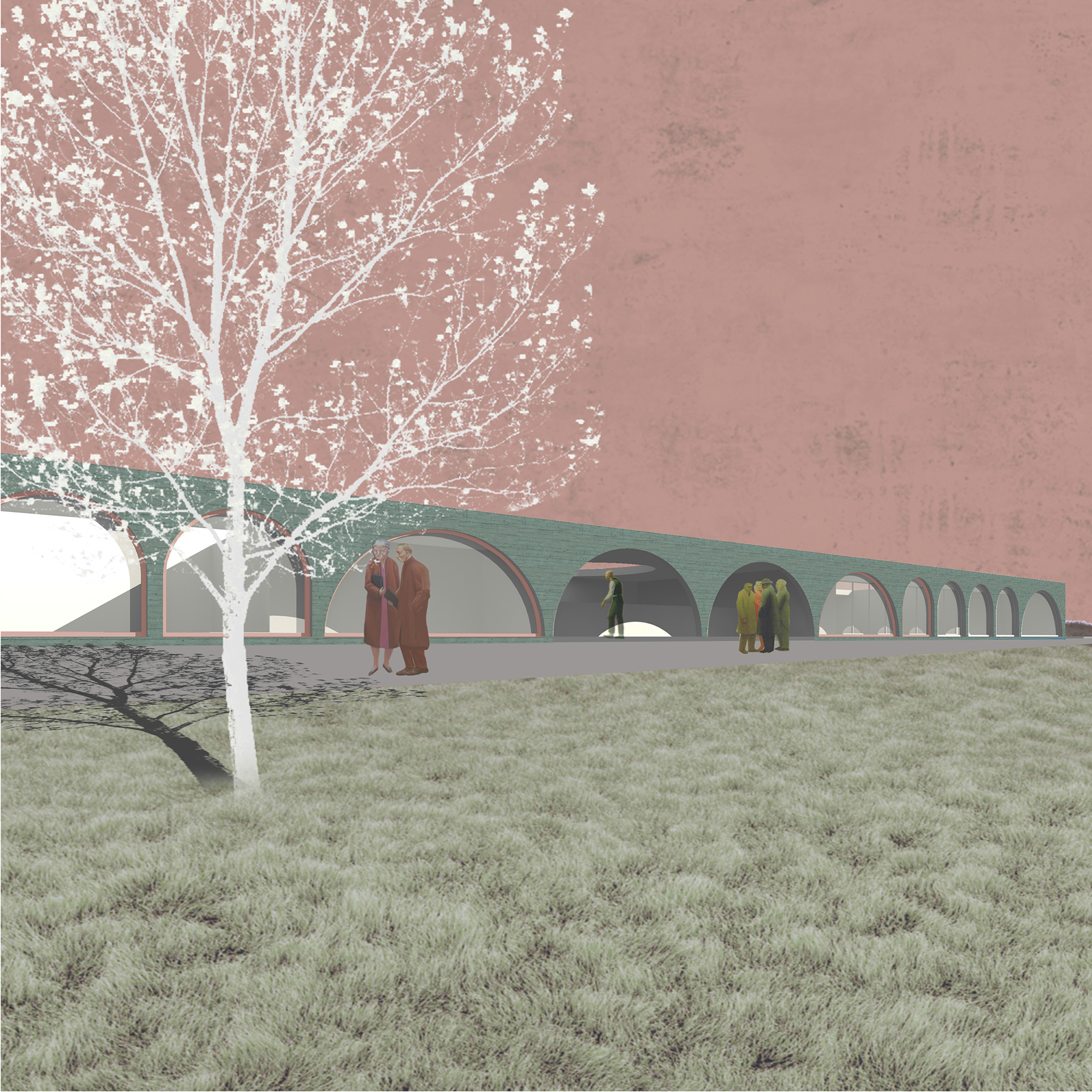 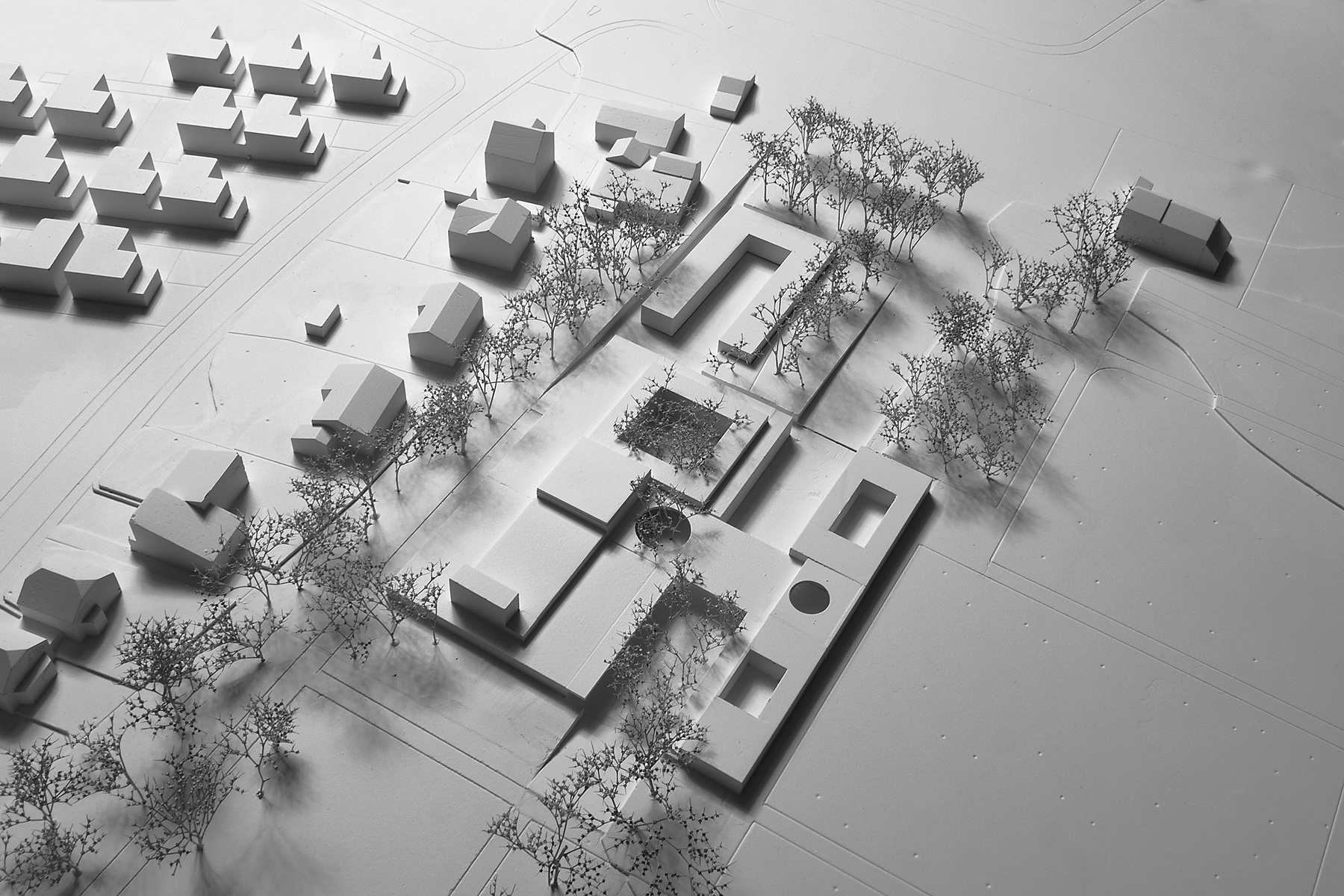 LANDSCAPE OF FINITUDE AND CONTINUITY

The cultural anthropological construction is inseparable of the relationship that man establishes with his own finitude. That is evident in most cultures since their primer. Paradoxically this finitude is intangible: we can never experience our own death. For this reason man has grounded finitude in a multitude of manifestations. Landscape is thus transformed to absorb this relationship whether to return the human body to the natural world or to try to overcome the natural condition of life. These manufactured landscapes of mourning, grief and celebration, such as cemeteries, necropolis, cities of the dead or crematorium deal with this anthropological demand to obtain a ground. This quest is intrinsically and fundamentally a human phenomenon.

The search to obtain a relief in finitude has had, in numerous examples throughout Man’s history, a literal evocation: the deformation of the ground itself to accommodate finitude whether in the Neolithic Chambers; or the Etruscan necropolis of Cervetery (700 B.C.); the Gamla Uppsala (6-7th century) in Sweden; in Birka (8th century), at the Island of Björkö, also in Sweden; the Père-Lachaise Cemetery in Paris; or even in the simplest of burials. The deformation of the natural landscape builds up a place where there was none. It marks a life, a story and absorbs the history of the community in the landscape.

Our design distorts the ground to accommodate the space of the Crematorium. This tectonic deformation provides an interior and private space from the everyday practice of the outside world: a place within space. At the new level a place is set where exterior and interior merge in a common ground in the same way that the Neolithic Chambers or the Gamla Uppsala mounds are both landscape and architecture.

Albeit the main focus of this place deals with events, there is an exterior realm that deals with the everyday life. The ordinary realm is ordained by its territory and landscape, infrastructures and economy, political and social environment.

Our design mediates these two realms at the level of the Cemetery. The pathways and squares of the pre-existence cemetery extend onto the plot of the competition in such way that both new and old are intrinsically related and in symbioses. From this predetermined matrix that frames the building an axis is set, from west to east, which allows public access to the level of the Crematorium.